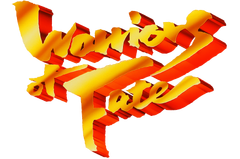 Up to 3 players simultaneously

Warriors of Fate (Tenchi wo Kurau II: Battle of Red Cliffs in Japan​ (天地を喰らう2・赤壁の戦い, lit. "The Devouring of Heaven and Earth II: Battle of Red Cliffs"?) is a side-scrolling beat 'em up produced by Capcom, first released as a coin-operated arcade game in 1992 and later ported to the Sega Saturn and Sony PlayStation. It is Capcom's third game based on the Tenchi wo Kurau manga, following Dynasty Wars and Destiny of an Emperor. The game was ported to the Sega Saturn and the original PlayStation consoles, and later included in Capcom Beat ’Em Up Bundle in September 2018.

Warriors of Fate leaves the role-playing game genre the previous installment followed in favor of returning to the original installment's beat 'em up gameplay. The game features nine stages, in each of which there are large mobs including spearmen, archers, strongmen, bomb-wielding opponents, and at least one Wei boss. There can be up to three players on-screen at the same time. Using two buttons, Attack and Jump, the characters all have standard moves typical of Capcom side-scrollers of the day. Common enemies including Wei soldiers such as bandits, privatees, wrestlers, fatties and thieves will keep appearing everywhere. At the end of each stage there is a Wei general as a boss; Li Dian, Xiahou Dun, Xu Chu, Zhang Liao, Cao Ren, Chunyu Dao, Xiahou Jie, Yan Ming, Xu Huang, and the infamous Lu Bu as the final boss. After defeating them all, there is also Cao Cao himself (in this game called Akkila Orkhan).

There is a variety of weapons in the game which can be picked up. As with most side-scrollers, food is used to replenish health and can be found in various breakable containers in the game level. One notable feature of the game is the ability to summon a warhorse which adds more attacks to the characters, generally involving pole-arms (except long bow for Huang Zhong). Each character except Zhao Yun is given a special wrestling throw of their own, like in Final Fight and The Punisher.

Even in the US release, the game was particularly gory for its time. Slash weapons and special moves would have an additional maiming effect on enemies when used for the final blow and the enemy boss can be blown up, decapitated, or have their bodies severed. Notably, even while using bare fists, certain characters could still cleave enemies in half, exposing vital organs, and leaving a terrible mess. This tactic even works on some bosses and coincidentally ends up showing more gory detail since the bosses are larger.

The game included two bonus stages in the middle where the characters compete in an eating contest which required rapid pressing of buttons and rotations of the joystick, and another is where the characters practice their skills on the practice dummies of the final boss. If there are multiple players, the second bonus stage has the players spar with each other for gaining massive bonus points, afterwards, both characters continue as if nothing had occurred.

Like Final Fight, Warriors of Fate featured a notorious continue screen. Once the player loses all lives, the screen changes to a graphically violent image of the player character on his knees unable to get back up while two Wei soldiers move in for the kill. If the player does not insert a coin within the twenty second countdown, it is implied that the soldiers kills the character.

Unlike the first game, Dynasty Wars, Liu Bei is not playable. The playable characters were Zhang Fei, Guan Yu, Zhao Yun, Huang Zhong, four of the famous Five Tiger Generals, and Wei Yan. Although in the novel Huang Zhong and Wei Yan had not joined Liu Bei before the Battle of Red Cliffs, they are available as playable characters in this game because of pleadings from fans of the Three Kingdoms.

Retrieved from "https://capcom.fandom.com/wiki/Warriors_of_Fate?oldid=141935"
Community content is available under CC-BY-SA unless otherwise noted.