Ultimate Ghosts 'n Goblins (Goku Makaimura in Japan) is a run and gun platformer game and the recent main installment in Capcom's Ghosts 'n Goblins series. Developed by Tose and published by Capcom, the game was released for the PlayStation Portable on 3rd August, 2006. Ultimate Ghosts 'n Goblins is the only game in the series to employ 3D graphics, while also maintaining much of the 2D gameplay mechanics of the earlier games. It also marked the return of the series' project head, Tokuro Fujiwara, directing for the first time since 1989's Mega Man 2.

An updated 2007 Japanese version was released, entitled Goku Makaimura Kai. The initial version became available for download on January 15, 2009 from the PlayStation Store.

The levels are varied, ranging from being inside a more traditional haunted forest to volcanic pits and ruined castles. Enemies are hugely varied and tend to be thrown at Arthur in groups. One annoying difficult variation is the groping hand, which extends out of the ground and pins Arthur on the spot leaving the player exposed to any attack. Others range from zombies, ghosts, Giant Oxen, Green Monster plants and string dragons. The boss characters are also nicely varied, and some are incredibly huge in size (two of which take up the entire screen).

The game has many weapons from the past games (though not all of them), with a few new additions; this installment also has a new equip system. Arthur is now able to gather items that can be stored and used for different levels, ranging from what type of power attack Arthur can use (as a secondary attack) to standard equipment (shields, double-jump boots etc). Arthur can also collect different types of armor, which give him varied abilities too.

The magic system is no longer tethered to the armor and weapon combination; instead, "POW" pick-ups increase weapon power, and armor amplifies the magic spell Arthur has equipped (which are also gathered throughout the levels as pick-ups, hidden in chests).

Instead of the linearity of the original versions, the game has now been designed so that players have to obtain a selection of Golden Rings hidden throughout the levels to access the last battle and finish the game. Players are given the option to back-track to earlier levels, and search previously unreachable areas to find these by the use of powerups found later on in the game. These can vary from equipping "double-jump" boots to a shield which allows Arthur to fly for a limited amount of time.

As part of their ambition to rule the world, the dark forces of the Demon Realm seek to mix their own blood with that of the royal family. Until now, the legendary knight Arthur has always put a stop to their devious plans. However, the Demon Realm is home to a new ruler, more powerful and more evil than any who have come before him. His underlings waste no time in seeking out the princess--the sole surviving heir to the royal bloodline--in an act that promises dire consequences for all. The princess is in grave danger...

When our intrepid knight Arthur catches wind of this dastardly plot, he sets off at once to the castle, his steed's hooves beating an ominous chorus.

An enhanced updated version of Ultimate Ghost 'n Goblins, known as Goku Makaimura Kai, was released only in Japan in 2007. Goku Makaimura Kai featured a greatly decreased difficulty level, re-mixed and and new enemy locations and types, a re-worked magic system, and limited continues. The flow of the game was also altered with Arthur now being forced to complete stages in a fixed order and re-spawn checkpoints now located only at the start and half-way points of levels. Arthur also has the double-jump ability from the start of the game and players are presented with a greater incentive to play through a second time.

Changes making the game less difficult include lowered enemy and boss HP, removed or weakened enemy attacks, and easier level layouts. Also, magic can be used infinitely by charging, similar to Super Ghouls 'n Ghosts. Making an easier version of a Japanese game has usually been reserved for the rest of the world, making this an interesting Japan-exclusive release. 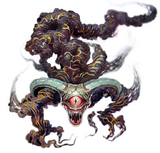 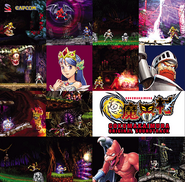 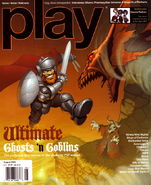