The Misadventures of Tron Bonne (known in Japan as Tron ni Kobun (トロンにコブン, Toron ni Kobun?, lit. "Tron and Henchmen"), is the second of four games in the Mega Man Legends series and the prequel of the first game. Rather than focusing on the "good guy" characters of MegaMan Volnutt and Roll Caskett, the 1999 game follows series antagonist Tron Bonne, sister of the criminal Bonne family of air pirates. The Japanese counterpart included PocketStation support, whereas the North American and European version did not. The game was released on the PlayStation Network in Japan on December 17, 2014 and May 6, 2015 in North America.

Unlike other games in the Mega Man series, Tron Bonne bears three distinct play styles, each related to a specific mission. Players are tasked with completing "moving-box" puzzle stages, a Descent-like adventure stage, and several action stages similar to the remainder of the Mega Man Legends series (robbing a bank near Gold City, and exploring the Nakkai Ruins themselves). Another gameplay aspect is a collection mission, located in Sart Farm, where you must gather pigs, cows and horses. Players can choose freely among the three stage types at any time, but each level (except for the Nakkai Ruins) may only be cleared once.

Instrumental in the game's story is the interaction between Tron and her army of forty loyal Servbots. Each Servbot is given a personality and a few other traits, and the player's investigation and interaction is rewarded with money for the loan, additional parts and weapons for the Gustaff, or other assistance. Servbots also play a role during the adventure and action stages (limited to seven, three or one, depending on the type, generally one leading the others, and called "sniper"), assisting Tron in her quest by ransacking houses or defeating minor threats as the situation and their individual skills warrant. A Servbot's skills may be increased by putting him through training exercises (attack and speed), going on missions (brains) or by disciplining him in the Torture Room (thus lowering the sloth level); in both cases, the effect of the action is determined by a minigame. Some Servbots express their special skill by minigames or by special items.

The family's leader, Teisel, is seeking ancient ruins to try and uncover a gigantic Refractor that will sell for lots of Zenny. He has a short rendezvous with Bon Bonne, but he and Bon are quickly subdued and captured by Glyde, a rival air pirate in the service of Lex Loath. Tron finds out that the funds used to build the Bonnes' flying fortress was funded by Mr. Loath, and can only watch helplessly, having chosen to act as Spotter for the mission. She is delivered an ultimatum -- pay off the loan, or Teisel and Bon will not be seen again. Seeing no other options, Tron suits up in a custom Gustaff mecha and begins her quest to pay the ransom by any means possible. 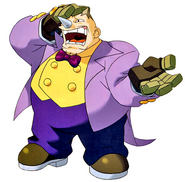 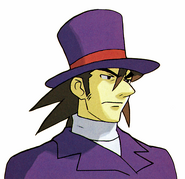 Tuttle
Add a photo to this gallery 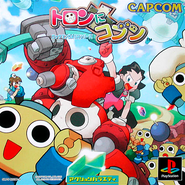 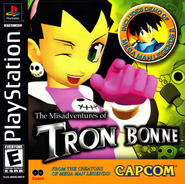 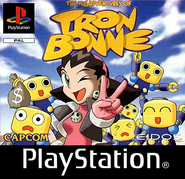