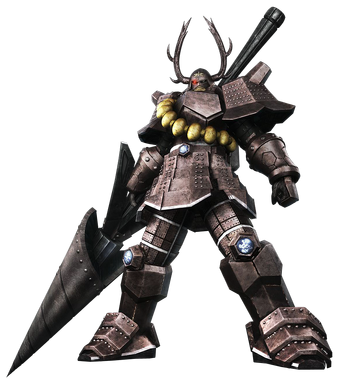 Tadakatsu's default movement (when not in Heavy or Flight Mode) is to glide across the battlefield, as if on giant roller skates. However, jet propulsion keeps his legs perfectly still.

Retrieved from "https://capcom.fandom.com/wiki/Tadakatsu_Honda?oldid=120554"
Community content is available under CC-BY-SA unless otherwise noted.