Super Ghouls 'n Ghosts (known as Chou Makaimura in Japan) is the third mainline game in the Ghosts 'n Goblins series. It is a run and gun platform game that was initially released for the Super Nintendo Entertainment System console in 1991. It was later ported to the PlayStation, Sega Saturn, Game Boy Advance, PlayStation 2, Xbox, PlayStation Portable, and the Wii Virtual Console. It is also included in Capcom Classics Collection and has been released on the SNES Mini and Super Famicom Mini.

It is the sequel to the arcade games Ghosts 'n Goblins and Ghouls 'n Ghosts. Although it is still a very difficult game, it is comparatively much easier than its predecessors. The player can regain lost armour usually from the first chest after getting hit and the time limit is greatly increased to five minutes to reach the checkpoint, a stark contrast to the original's two minutes and Ghouls 'n Ghosts' three and a half. Also, the default number of lives can be raised up to nine in the options menu.

The game is largely similar to its predecessors, though it is based more on Ghouls 'n Ghosts. In the game, Arthur can upgrade to the Bronze armor which allows him to unleash a special magic attack by charging the attack button. A new ability of Arthur's is the double jump. While he still can't change directions in mid-air, he can while doing the second jump.

Also, this time around is the addition of new weapons. The Bow and Arrow which allows Arthur to shoot two arrows at once and at slightly different angles, and the Scythe, which flies along the ground.

There is a jester similar to the wizard that hides in treasure chests from Ghosts 'n Goblins, and he'll transform Arthur into something different depending on what he is wearing: an infant (no armor), a seal (Steel armor), a bee (Bronze armor), or a little girl (Gold armor).

Sticking with tradition, players have to beat Super Ghouls 'n Ghosts twice in a row with a special item before being treated to the true ending.

A Knight's Quest - (From the UK SNES manual)

"All hail, dauntless knight Arthur! Years ago, you quelled the terrifying phantoms of the Ghoul Realm who hexed the earth, and rescued Princess Guinevere. Since that time, you've journeyed far over the world seeking the powerful weapons of White Magic.

But now the kingdom is shrouded under an eerie spell. Sardius, the Emperor of Evil, has snatched Princess Guinevere away to the slimy crypts of the Phantom Zone. The Ghoul Realm has revived, and the Creatures of the Undead haunt the land.

Once again, you must survive the dangerous journey into the depths of the Ghoul Realm. You'll swat at horrible ectoplasms and ghouls whose touch is deadly. Vampires will swirl around your head. Voracious plants will snap at you, hungry for bones to gnaw. The earth will crack, the seas will swell, and the fiends of darkness will engulf you.

Your courage and skill will keep you moving through overwhelming terrors. And on the path, a mighty weapon---Magic, awaits! Buckle on your sword, Arthur. It's time to begin the quest!"

The game is set four years after Arthur rescued Princess Guinevere from the demon Lucifer. They are engaged, and are about to get married. While spending a quiet moment, Guinevere is suddenly kidnapped by a demon.

Players once again control the knight Arthur in his effort to save his bride from the Ghoul Realm. This time, the ruler of the Ghoul Realm is the Demon Emperor Sardius. Sardius, along with Lucifer, was one of Satan's co-conspirators against God himself. He and Lucifer were banished from Heaven for supporting Satan during those unstable times. During the Satan-Arthur and Lucifer-Arthur wars, he was commander of Hell's internal security detachment. He never saw combat, as both previous wars occured in the occupied territories of Camelot.

Hell was left intact. Both his predecessors were weakened from their defeats, and he finally saw a chance to rule. He was able to capture Lucifer's remaining power before he imploded, and stripped Satan of his immortality to strengthen his own power. As a token of goodwill, he appointed Satan General Supreme of his armies. Sardius is unaware of Satan's conspiring, but he holds a firm grip on power. 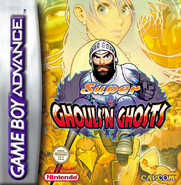 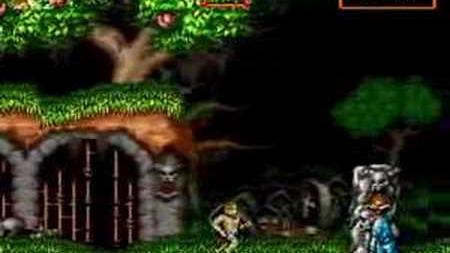