Strider is a series of action platformer games published by Capcom. Set in an futuristic setting, the games focus on Hiryu, the ninja-like top agent of the secret mercenary organization "Striders", who overcomes obstacles and take out several enemies in order to defeat the mysterious villain known as Grandmaster Meio. Along the way Hiryu also encounters other reccuring antagonists such as Tong Pooh and Solo.

While some installments have some notable differences, all the Strider games are of the side-scrolling platformer genre, in which players controls Hiryu through several stages. Hiryu's health is represented as a three-unit lifebar usually positioned at the top left of the screen. Each unit absorbs one instance of damage. The player's number of lives and score are marked below and above the lifebar, respectively. A clock in the top center of the screen shows the time remaining for the player to complete the current section of the stage.

Hiryu's primary way to attack is his Cypher, a sword-like weapon that, when swung, creates a plasma energy wave which damages on contact. The player can attack from any position (crouching, jumping, while clinging off ceilings or walls), as well as continuously by rapidly pressing the attack button. 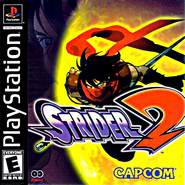 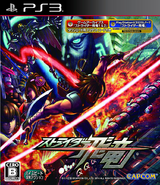