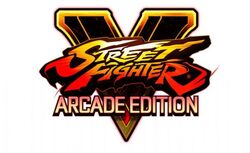 Street Fighter V: Arcade Edition is a 2.5D fighting game developed and published by Capcom. It is the first major updated version of Street Fighter V, the latest installment in the Street Fighter series of fighting games. It cost $39.99 for the standard edition, and is a free update for those who already own the original version.[1] The game features all the original playable characters (including the DLC fighters), an Arcade Mode (which was absent in the original installment), new modes such as the Extra Battle Mode, selectable V-Triggers, as well as new visuals to the game's design.[2]

Arcade Edition plays at its core the same as the original Street Fighter V, but with various quality of gameplay improvements and additional modes that were either heavily requested or announced, but never released.

At launch, Street Fighter V: Arcade Edition includes all twenty-eight characters from the original version of the game, including all the season one and two DLC fighters. Players who buy the retail version will get the DLC fighters for free, but players who download Arcade Edition as a free update for the original game will still have to pay for them. Starting from December 2018, Capcom have dropped the use of Season Pass.

Through 2021, the fifth and final season added five additional fighters for a grand total of 45 fighters.[5]

The fifth season also includes Eleven. Prior to the first round, it randomly morphs into one of the characters, letting the player to battle with the newly transformed character; with a preset V-Skill and V-Trigger.

During the development of the original Street Fighter V, producer Yoshinori Ono stated that gameplay expansions and changes would not come in new updated installments like with previous Street Fighter games but rather gradually be added to the game over the long term,[6] and Capcom stated that an Arcade Mode would be released in the future.[7] On September 20, 2017, the UK games retailer ShopTo showed a listing for Arcade Edition.[8]

Street Fighter V: Arcade Edition holds a Metascore of 87/100 based on 36 critics, citing generally favorable reviews.[9] Positive reviews came from IGN, GameSpot, Hardcore Gamer, and Electronic Gaming Monthly; all of which gave the game a 9/10 citing the game as a transformation from being an unfinished product to a fully fledged experience. Each praised the addition of the content in Arcade Mode and the option to select a second V-Trigger, with some praising the addition of the Team Battle mode and having frame data in the training mode. EGM praised "the ability to bring up a 3D viewer in the Shop (in order to get a proper look at new costumes and color variants before purchasing them), combined with the option to filter certain purchasables (such as outfits) only for certain characters".[10][11][12][13] Push Square was less positive, giving the game an 8/10, saying that "There's a cynical part of us that says Arcade Edition is little more than a glorified season three update, but the simple truth is that there's never been a better time to jump in".[14] 4Players and NY Daily News both said it was the game "you always wanted".[15][16]