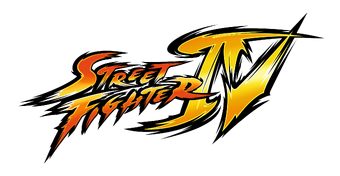 The Street Fighter IV games is a series of 2.5D fighting games. The characters and environments in the games are rendered as 3D models with polygons but the gameplay remains on a traditional 2D plane. The games also use a stylized effect to give them a hand-drawn look, with certain select attacks displaying ink sprays during the fights.