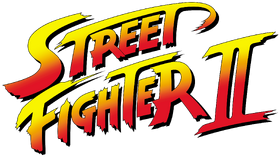 Street Fighter II: The World Warrior, released in 1991, was the first true sequel to the original Street Fighter. It was one of the earliest arcade games for Capcom's CPS hardware[1] and was designed by the duo of Akira Nishitani (Nin-Nin) and Akiman (Akira Yasuda), who were previously responsible for Final Fight and Forgotten Worlds. Notably, even when Street Fighter II was released, Capcom had no idea what sort of phenomenon it was about to create. It believed that the game would do somewhat (but an unknown quantity) better than its CPS-based contemporary games, Final Fight and Mercs.

Street Fighter II was the first one-on-one fighting game to give players a choice from a variety of player characters, an option which created hitherto unknown levels of depth and replay value for an arcade game.[1] Each player character had a fighting style with roughly 30 or more moves, including previously nonexistent grappling moves such as throws, as well as two or three special hidden attacks per character. In the game's single-player mode, the player's chosen character is pitted against the seven other main characters before confronting the final four opponents, who were CPU-controlled characters that were not selectable by the player. Like in the original, a second player could join in and compete against the other player in competitive matches, with the multiple available characters allowing for more varied matches. Street Fighter II proved to be popular due to all these factors, eclipsing its predecessor in popularity, eventually turning Street Fighter into a multimedia franchise.[2] Numerous home ports of Street Fighter II followed the original arcade game. In fact, demand for the game was so high that pirates created an unsanctioned, copyright-infringing Famicom/NES version, which saw a very limited release in Asian markets. Computer versions were released for 16-bit PCs, first by a number of copyright-infringing fans who strove to develop a PC version of the game, and later by Capcom, working with an external programming house.

The first official update to the series was Street Fighter II': Champion Edition (pronounced Street Fighter II Dash in Japan, as noted by the prime symbol on the logo), which allowed players to play as the four previously non-playable bosses and also allowed two players to choose the same character with one character drawn in an alternate color pattern.[3] The game also featured slightly improved graphics including differently colored backgrounds and refined gameplay.[1] A second update, titled Street Fighter II' Turbo: Hyper Fighting, or Street Fighter II Dash Turbo, was produced in response to the various bootleg editions of the game. Hyper Fighting offered faster gameplay than its predecessors and new special techniques such as Chun-Li's Kikoken or Dhalsim's Yoga Teleport.[4]

Street Fighter: The Movie was combination of digitized graphics with a version of the Street Fighter II engine, featuring all of the movie's stars. Every main Street Fighter II fighter is included, plus a couple of new characters: Captain Sawada, from the movie, and Blade, a character with a bazooka, knives, and stun rod. Some characters have new moves inspired by the movie, such as M. Bison's lightning bolt fingertips attack.