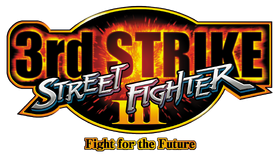 New game play mechanics introduced in 3rd Strike is the Guard Parry, also known as 'Red Parry'. The player is able to parry during a guard stun if timed correctly. Also introduced are player evaluations after match, where the winner of a two-person match is given letter grades in Offense, Defense, Tech, and Extra. A player in Arcade mode will always be evaluated, even in case of a loss. The grades range from E to MSF (E,D,C,B,A,S,MSF). Also re-introduced was the fan favorite 'Destroy the Car' bonus stage during Arcade mode.

3rd Strike tells the story of what happened after the events of Street Fighter III 2nd Impact; however, many of the fights are not canon - for example, very few characters actually battle Gill after the conclusion of the Third World Warrior Tournament. A side-effect of this is that none of the characters introduced in this game should be considered competitors in the tournament. Among the battles in 3rd Strike that do occur are:

An Xbox version of the Street Fighter Anniversary Collection was also released during the year in all three regions. The Xbox version of 3rd Strike includes all the features from the PS2 version, as well as an online Versus Mode.

In 2011, an remastered version of the game, titled Street Fighter III: Third Strike Online Edition, made by Iron Galaxy Studios and released as download on the PlayStation Network store (August 23) and the Xbox Live Market (August 24). All the moves, bugs, glitches, and quirks of the original game remain so as to leave the experience unaltered. The online edition features enhanced visual settings including various HD filters (although the sprites themselves have not been reworked), YouTube Sharing and GGPO-built online play.

The game also features a new Trials mode, which is broken up into a number of different sections, each focusing on a different aspect of gameplay (parrying, expert parrying and handicap). Other trials are similar to those from the Street Fighter IV games.

There's also a separate group of challenges which are displayed either on the left or right on the screen depending on which number the player are; to see these challenges on screen the player must be signed in. The challenges are similar to achievements, but they award the player with "Vault Points" (or "VP"), which they can spend on unlocking new content (i.e. art, music etc.). The game also supports DLC, which have come in the form of color packs, videos of pro matches and alternate music from New Generation and 2nd Impact.

All-new art was created for the game by Stan Lau, who also did the art on Darkstalkers Resurrection.

3rd Strike is featured as one of the games in Street Fighter 30th Anniversary Collection. 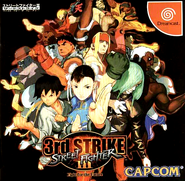 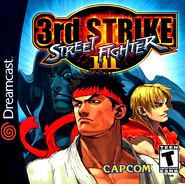 Online
Add a photo to this gallery 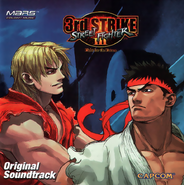 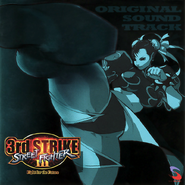