Street Fighter (ストリートファイター, Sutorīto Faitā?), commonly abbreviated as SF or スト (Suto), is a Japanese competitive fighting video game franchise developed and published by Capcom. Players uses various combatants from around the world in one-on-one fights, each with his or her own special moves, against one another. The first game in the series was released in 1987, followed by five other main series games, various spin-offs and crossovers, and numerous appearances in other media. Its best-selling 1991 sequel Street Fighter II is credited for establishing many of the conventions of the one-on-one fighting genre.

Street Fighter is the most well-known franchise in the fighting genre, one of the highest-grossing video game franchises of all time (in addition to also being the highest-grossing fighting game media franchise of all time at $12.2 billion), and one of Capcom's flagship series (along with Mega Man and Resident Evil), with total sales of 46 million units worldwide as of March 2021.[1] It is currently Capcom's third most successful intellectual property.[2]

Malibu Comics launched a Street Fighter comic series in 1993, but it flopped, lasting only three issues. 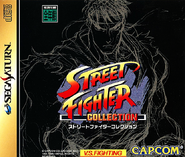 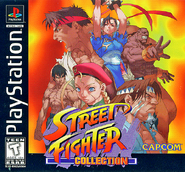 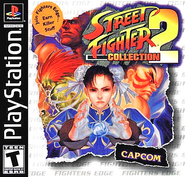 Eternal Challenge - The Art of Street Fighter Cover by Shinkiro

SF20: The Art of Street Fighter

Beyond the World:Street Fighter Memorial Archives Cover by Akiman