Spawn: In the Demon's Hand

Spawn: In the Demon's Hand is a licensed action-adventure game developed and published by Capcom for arcades and the Dreamcast, released on February 1, 2000 in North America. It is based on the Spawn comic book series created by Todd McFarlane and produced by Image Comics. The game was highly praised by critics though it was critized for camera and AI problems. A port was planned for the PS2 as a launch title, but it was later canceled.

Al Simmons was a military operative who was murdered by his superior, Jason Wynn, and sent to Hell for his previous work as an assassin. Five years after his death, Simmons makes a deal with the demon Malebolgia to resurrect him from death as a hellspawn so that he could see his wife, Wanda, again. However, he soon finds out that his wife, in the five years that he was dead, had married his best friend, Terry Fitzgerald.

Director
The committees of 18 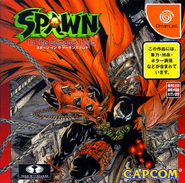 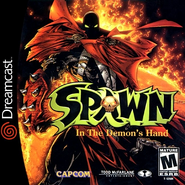