Samurai Sword (サムライソード Samurai Sōdo) is an adventure game released for the Famicom Disk System in 1988. The player controls a warrior in the quest to obtain the legendary Samurai Sword to defeat the dark priest Solon. The game was never released outside of Japan.

While Samurai Sword may resemble an RPG at first, it is actually a traditional Famicom adventure game, similar to Portopia Renzoku Satsujin Jiken or Princess Tomato in the Salad Kingdom. The player can select from a set of commands for the hero to follow such as looking around, talking to NPCs, picking up items and so on. While there are battles, they can only be resolved by finding the right command (often the right spell) rather than the standard RPG method of exchanging blows governed by various statistics. 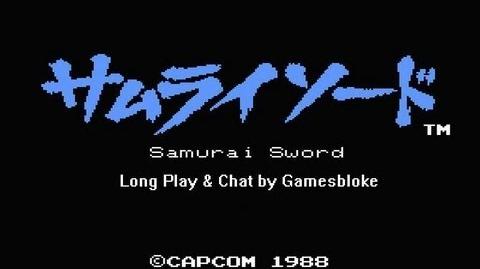 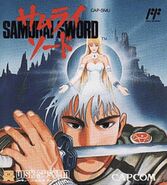 Cover art.
Add a photo to this gallery
Retrieved from "https://capcom.fandom.com/wiki/Samurai_Sword?oldid=129198"
Community content is available under CC-BY-SA unless otherwise noted.