Capcom Database
Register
Don't have an account?
Sign In
Advertisement
in: Articles with insufficient citation, Games, SNK vs. Capcom Games,
and 9 more

SNK vs. Capcom: Card Fighters (SNK VS. CAPCOM カードファイターズ) is a series of card games developed by SNK and released between 1999 and 2006 for handheld consoles. It is part of SNK's side in the SNK vs. Capcom series which includes SVC Chaos and The Match of the Millennium but is not officially part of Capcom's Versus series.

The games have a collectible trading card theme, spun off from the popular series of fighting games by SNK and Capcom, and also include references to many other kinds of games from both companies. The games use cards based on Capcom and SNK characters from a variety of earlier and newer games. The first two games were made for the Neo-Geo Pocket Color, and the last game was released for the Nintendo DS.

The first game of this series, released in 1999, it is the first crossover between the two companies, all characters being illustrated in super deformed style. There are two versions of the game, complementary between them: the SNK version and the Capcom version.

A Japan-only sequel to SVC: Card Fighters' Clash called SNK Vs. Capcom Card Fighters 2 Expand Edition was released in 2000, after Capcom vs. SNK 2. In addition to the 240 "Character" and 60 "Action" cards from the first game, 124 new cards are included in this sequel. Included in these new cards are 40 "Reaction" cards. Reaction cards are similar to Action cards, but they can be used during the opponent's attack. Also, the character cards that were in SVC: Card Fighter's Clash now have new super deformed illustrations made by a different artist. Another new feature is special character cards with alternate versions of various characters depicted with regular artwork instead of the super deformed style.

The Nintendo DS game was released on December 14, 2006 in Japan and was released on April 24, 2007 in the United States. Both SNK and Capcom stated once in an interview that they would not do any further collaboration with each other, meaning that SNK vs. Capcom: Card Fighters DS is most likely the last crossover game between both companies.

The gameplay, mechanics, and cards were replaced with an almost entirely new system. In addition, in this version:

Almost immediately after the American DS version was released, an unavoidable bug was discovered in the game. The bug occurs on the ninth floor of the tower, during the second play through. The game crashes after talking to an opponent named Jon, who has to be defeated in order to finish the game. On June 6th, SNK announced that the replacement cartridge would be available in stores on June 25th and began the process of implementing a recall. These cartridges have been sent by mail along with a package of five The King of Fighters trading cards. The recall ended in January 2008. Fixed versions of the game features a black and white graphic behind the title font on the cartridge's label. Bug version of the label is full color.

Fortunately, the other versions of the game didn't contain the above-mentioned glitch. Nothing unusual happens when the player speaks to Jon in the New Game+ mode, the game proceeds normally after they beat him in a card battle.

The game was mostly poorly received.[1] Eurogamer said it was "broken in the literal sense of not working as sold and, as such, must be scored appropriately. That the game underneath the bodged localisation is also, figuratively, a broken shell of what it once was and absolutely nowhere near as good as it should have been, is more than anything, deeply, deeply sad."[citation needed] IGN said it was "Without a doubt one of the biggest letdowns thus far on DS."[2] Game Revolution said that the game "takes everything I remember about playing tradable card games, highlights the bad parts, and then breaks."[citation needed] Famicom Tsūshin scored the game a 25 out of 40.[3] 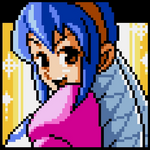 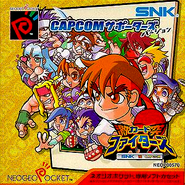 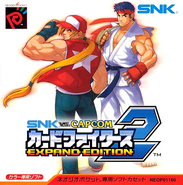 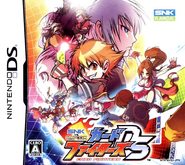 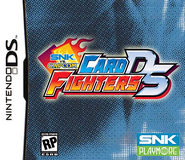 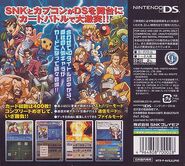 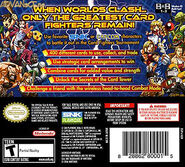