Resident Evil Survivor (Biohazard: Gun Survivor in Japan) is a 2000 game in the Resident Evil series. It was released on the Sony PlayStation in Japan on January 27, 2000, and in North America on August 30, 2000. It was produced by Tatsuya Minami with character art by Daichan.

As the first release of the Gun Survivor series, this game was a major departure from the main Resident Evil series, substituting the third-person perspective of the previous games to the first-person view. The Japanese and PAL versions of the game allowed use of the Namco GunCon, a light gun that gave the game a more arcade feel. The American version did not allow the use of the GunCon, or any other light gun model, so as to avoid controversy after the then-recent Columbine High School Shooting.

The game was also released for the PC in China and Europe in 2002. This version allowed mouse-aiming and added graphic-filtering, although it is also known for being very buggy and lacking general AI scripts.

The Sheena Island outbreak was referenced in the opening narration of Resident Evil 0. 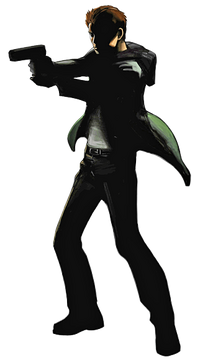 In September, 1998, a disaster struck the mid-western American town of Raccoon City. An outbreak of the T-virus transformed the city's populace into zombies. As a final desperate measure to halt the spread of infection, the US government approved an air-to-surface missile strike on Raccoon City, annihilating the doomed town and its entire population in the process.

Not long after this incident, a helicopter crashes on the outskirts of the Umbrella Corporation's private township, located on Sheena Island. The pilot, who does not remember his identity, escapes the burning wreckage only to find himself fighting a battle against the living dead, with no memory of his identity or his reasons for being there. 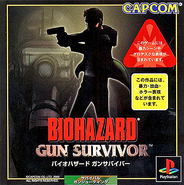 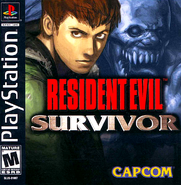 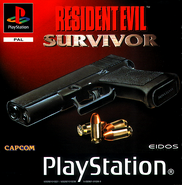