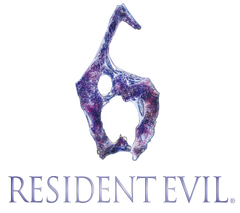 Resident Evil 6 (バイオハザード6?, Japanese title: Biohazard 6) is a third-person shooter survival horror video game in the Resident Evil series, developed and published by Capcom. It was released for the PlayStation 3 and Xbox 360 on October 2, 2012. The game was re-released for the PlayStation 4 and Xbox One in March 29th, 2016. A Nintendo Switch port was released in 2019.

The story is told from the perspectives of Chris Redfield, a former member and founder of the BSAA traumatized by a failed operation, Leon S. Kennedy, a Raccoon City survivor and agent for the U.S. government, Jake Muller, illegitimate son of Albert Wesker and associate of Sherry Birkin, and Ada Wong, a freelance agent framed for the bio-terrorist attacks by Neo-Umbrella. They must all confront the force behind a massive bio-terrorist attack with the newly developed C-virus in cities across the world.

On December 24, 2012, Jake Muller, a mercenary of the fictional South-Slavic Edonian Liberation Army and son of bio-terrorist Albert Wesker, flees from the authorities during a bio-terrorist attack. He partners up with Division of Security Operations (DSO) agent and Raccoon City survivor Sherry Birkin, who was sent to Edonia to ensure that Jake escapes safely from the country so his blood can be tested for anti-bodies for the newly developed C-Virus. At the same time, Bio-terrorism Security Assessment Alliance (BSAA) Captain Chris Redfield and his team, including sniper Piers Nivans and demolitions expert Finn Macauley fight against rebels infected with the C-Virus (referred to as "J'avo") and two large B.O.W.'s referred to as "Ogromans". However, they are attacked by a Neo-Umbrella agent that refers to herself as Ada Wong, who kills most of the BSAA members using a device that injects them with the C-virus turning them into monsters, except Chris and Piers. The aftermath causes Chris to go into self-imposed exile, being afflicted with post-traumatic amnesia. Meanwhile, Sherry and Jake's extraction from Edonia by the BSAA is sabotaged by a BOW codenamed 'Ustanak', forcing the pair to crash into the mountains, eventually leading to their capture by Ada.

On June 29, 2013, U.S. President Adam Benford has decided to officially reveal the truth behind the 1998 Raccoon City incident and the U.S. federal government's dealings with Umbrella, believing that it will curb the current resurgence in bio-terrorist activity. By the President’s side is his friend, DSO agent and Raccoon City survivor Leon S. Kennedy and United States Secret Service agent Helena Harper, but when the venue becomes host to another bio-terrorist attack, Leon is forced to face the infected and mutated President, and kill him. Helena leads Leon to the Tall Oaks Cathedral amidst the zombie outbreak to rescue her sister, Deborah. By the time the pair reaches Deborah, she had already been infected with the C-virus, and the pair are forced to kill her. Along the way, the two encounter Ada, and Helena then discloses to Leon that she was blackmailed by National Security Advisor Derek C. Simmons, into aiding the assassination of Benford. She also discloses Simmons's affiliation with Neo-Umbrella. Shortly after escaping the Cathedral, Tall Oaks is destroyed by an airstrike. Leon and Helena then decide to pursue Simmons into Lanshiang (the city's background is based on Hong Kong), China while faking their deaths with aid from Ingrid Hunnigan. Meanwhile, Jake and Sherry manage to escape captivity in Lanshiang after being held captive for 6 months.

At the same time, Chris returns to duty in the BSAA with Piers and a new team, arriving in Lanshiang under the threat of a bio-terrorist attack. Chris recovers from his amnesia and goes on a vendetta against Ada, resulting in mounting casualties for his squad. Chris and Piers corner Ada, until Leon intervenes. After being updated by Leon, Chris and Piers pursue Ada to an aircraft carrier, destroying cruise missiles laden with the C-virus, while an assassin apparently kills Ada. Leon, Helena, Sherry, and Jake confront Simmons over his involvement with the outbreaks, where Sherry covertly hands Jake's medical data to Leon in case of their captivity. Leon and Helena corner Simmons, who has been infected by a J'avo, atop a train, where he confesses to having killed the President to keep him from disclosing the truth behind Raccoon City, which would have led to the U.S. losing its authority. The two temporarily defeat a mutated Simmons while Sherry and Jake are captured once again. While attempting to leave the city, Leon and Helena are warned by Chris that a missile has been launched, but they are too late to stop it. Leon discloses Jake's real identity to Chris and has him rescue Jake and Sherry in a remote oil platform. With the assistance of Ada, Leon and Helena finally kill Simmons before escaping with evidence proving Simmons's crimes provided by Ada, exonerating Helena.

In the oil platform, Chris and Piers head underground, managing to free Jake and Sherry from captivity before preventing a large-scale BOW attack from the location. When they meet up briefly, Chris reveals to Jake that he was the one who killed his father, but Jake resists the urge to kill him, saying that there are more important things than his want for revenge. Jake and Sherry manage to finally kill 'Ustanak' once and for all during their escape, securing a steady supply of the C-virus vaccine while Chris and Piers fight the host BOW, Haos. Heavily wounded, and in a desperate attempt to save Chris, Piers injects himself with a sample of the C-virus to help turn the tide of the battle, temporarily defeating Haos before evacuating. Aware that the mutation would worsen, Piers sacrifices himself by pushing Chris to an escape pod. After Chris' pod is launched, Haos makes one last attempt to kill Chris but is killed itself by a powerful lightning charge from Piers, which ensures Chris' escape and the destruction of the Neo-Umbrella base.

In Ada's story, it is revealed that the Ada Wong that interacted with Chris and Piers was actually a doppelgänger created by Simmons, a scientist named Carla Radames, and that the real Ada Wong was aiding Leon and Sherry while destroying the Neo-Umbrella lab in Langshiang. Although presumed dead after being shot by one of Simmons' soldiers, Carla tries one last attack against the real Ada, after having injected herself with a powerful dose of the C-virus, but is killed. After aiding Leon and Helena in their battle with Simmons, Ada reaches the lab where her clone was developed and destroys everything. She then receives a call from someone, accepting a new assignment. Meanwhile, Leon and Helena are cleared for duty; Chris remains with the BSAA in command of a new squad, overcoming his guilt; and Sherry continues her duty as a DSO agent, while Jake starts a new life fighting BOWs in an underdeveloped country with his real identity covered up by the BSAA.

Resident Evil: The Marhawa Desire (BIOHAZARD marhawa desire in Japan) is a five-volume manga series that was originally published in the Weekly Shōnen Champion from 2012 to 2013 as a prequel to Resident Evil 6. 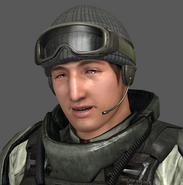 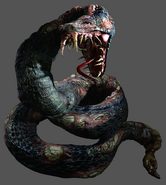 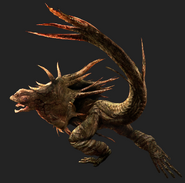 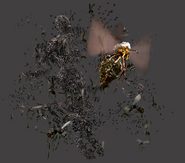 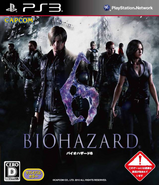 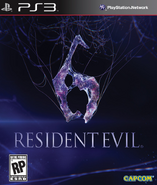 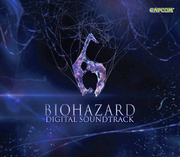