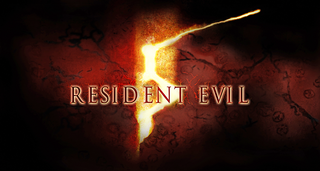 Resident Evil 5 (Biohazard 5 in Japan) is the fifth main installment of the Resident Evil series of survival horror games. It was released on March 3, 2009 in Japan for the PlayStation 3 and Xbox 360, and on March 13, 2009 in North America and Europe. The game could be purchased in a regular or Collector's Edition. The game was re-released for the PlayStation 4 and Xbox One in summer 2016. A port for the Nintendo Switch was released in 2019.

The game starts in 2009, six years after the destruction of Umbrella. Chris Redfield has become a member of the Bioterrorism Security Assessment Alliance and is sent to investigate possible bio organic weapon smuggling in Africa. Upon arriving in the Kijuju Autonomous Zone, Chris meets his partner, Sheva Alomar of the BSAA West African branch. Together, the two individuals attempt to rendezvous with the BSAA's "Alpha Team", who were attempting to intercept a supposed B.O.W smuggler named Ricardo Irving. However, the situation quickly escalates as their local contact is executed and the pair are forced to fight literal crowds of Las Plagas-infested Majini.

Eventually, they find Captain DeChant, the only remaining member of Alpha Team. Fatally wounded, the Captain warns them of Irving's betrayal and gives them a file. Moments later, the two find themselves face-to-face with a bizarre and dangerous creature, seemingly made of leech-like worms. Destroying it, Chris and Sheva send the newly acquired data to HQ, soon meeting up with the BSAA Delta Team. Captain Josh Stone, leader of Delta, gives Chris a memory card containing images of research material. Among these is an image of Chris's supposedly dead partner, Jill Valentine.

In 2006, Chris and Jill were working to track down Albert Wesker. They attempted to gain answers from Umbrella's former President, Ozwell E. Spencer recently learning of his possible location. By the time they arrived at the estate, however, Wesker had already murdered Spencer, and they were forced to fight. Severely outmatching the pair, Wesker prepared to finish Chris off. Jill, sacrificing herself for Chris, tackled Wesker through the nearby window, and over the surrounding cliffs. Unable to find her body, the BSAA was forced to assume that both had died in the fall.

Chris and Sheva then encounter Irving, accompanied by a mysterious, cloaked woman. The woman provides Irving with a control parasite, and he quickly mutates. After defeat at the hands of Chris and Sheva, the dying Irving utters, "Excella Gionne". With another possible lead, the pair trudge on.

When they come upon the pods seen in the research material, Chris frantically searches a nearby computer for Jill's location. They are forced to fight U-8 before they can check, and discover afterward that the pod is empty. Excella Gionne appears and denies any knowledge of Jill, much to Sheva's doubt. When Chris and Sheva encounter Excella again, they are fought off by the cloaked woman who accompanied Irving. A stray round knocks away her mask, revealing her to be Jill. At that moment, Wesker appears. Chris attempts to reason with her, but Jill attacks him with a flurry of hand to hand moves and starts an intense battle. Wesker arrogantly claims that he can spare only seven minutes for the pair, and eventually leaves Jill to handle them. Chris again calls out to Jill, and she attempts to resist the P30 used to control her. Wesker then activates a device, causing her great pain and administering more P30. Jill attacks Chris and Sheva again, and Chris and Sheva work together to remove the device that is administering the P30 from Jill's chest. Chris then cradles the severely weakened Jill and she apologizes to both, telling the pair to leave her and stop Wesker.

Chris and Sheva manage to board Wesker's ship and soon locate Excella. She flees, dropping a case of chemicals. After a brief flashback from Wesker's point of view, Chris and Sheva find the now dying Excella. Uroburos burst from her, killing her, and consuming the surrounding corpses. Destroying it, they discover that Wesker plans to spread Uroboros around the globe with a bomber. Jill then calls and informs them of Wesker's weakness: regular doses of serum. Overdoses would not maintain his superhuman abilities but weaken him, and Sheva realizes that the case Excella dropped contained the serum.

After doggedly pursuing Albert Wesker across the wilderness, Chris and Sheva find themselves in the bombers' hangar. Wesker had stocked the plane with enough Uroburos-carrying missiles to infect most of Earth. After combating Wesker in vain with conventional tactics, Chris resorts to injecting Wesker with the serums Excella dropped. This weakens him, allowing Chris and Sheva to fight on more level ground. Wesker is forced to escape with his Jet, but the BSAA team is able to pursue him. He reveals that the bomber is climbing to the ideal altitude for global infections. He is soon blasted out of an airlock by Chris, but manages to grab onto Sheva. Tortured by the memory of Jill, Chris jumps forward and catches her hand after she loses her grip. Sheva shoots Wesker in the face, and he falls into the caldera of an active volcano. The craft itself crashes into the same volcano shortly following.

The two agents are shocked to find a battered Wesker. Arrogant to the last, he plunges his right arm into an intact Uroboros missile, and is immediately engulfed by the symbiont. Chris and Sheva desperately fight the Uroburos-empowered Wesker precariously over a molten battlefield. The heaving volcano causes the ground to crack and melt, sending Wesker tumbling into the magma. Josh, piloting a BSAA helicopter, spots the pair and Jill Valentine kicks a ladder to the them. Chris and Sheva barely escape as the ground melts beneath them.

Enraged and defiant, even in the face of his own mortality, Wesker attempts one last gambit, snagging the BSAA helicopter with his monstrously mutated arm. Jill tells Chris and Sheva to use the RPG-7s mounted in the rear of the rocking cabin. The two partners send a pair of anti-tank rockets racing down into the corrupted face of Albert Wesker, destroying him in a cloud of flame and ash. As the chopper flies away in the final cutscene, Chris remarks: "More and more, I find myself wondering if it's all worth fighting for". He looks at Sheva and Jill, and concludes with: "For a future without fear.....yeah, its worth it."

Jun Takeuchi, the director of Onimusha and producer of Lost Planet: Extreme Condition, took over producer duties from Hiroyuki Kobayashi. Keiji Inafune, who served as promotional producer for Resident Evil 2 and executive producer for Resident Evil 4's PlayStation 2 version, oversaw the project. In February of 2007, members of Capcom’s Clover Studio were also called upon to help develop the game. However, many developers from the studio moved on to work on the Resident Evil: The Umbrella Chronicles, which debuted for the Wii. Several staff members who also worked on the original Resident Evil were involved in development.

An updated version entitled Resident Evil 5: Gold Edition (Biohazard 5: Alternative Edition in Japan) was released in 2010 as DLC and as a retail copy. The original version was included, with extra features such as two new scenarios and bonus costumes. Of the two new scenarios, "Lost in Nightmares" allowed gamers to play as Jill Valentine. The other scenario is titled "Desperate Escape". Also included was an updated version of "The Mercenaries" called "The Mercenaries Reunion." Excella Gionne, Josh Stone, Rebecca Chambers and Barry Burton are playable. 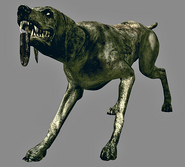 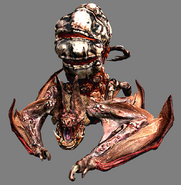 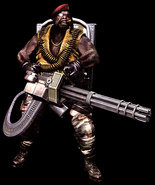 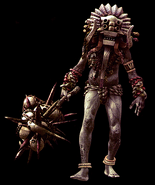 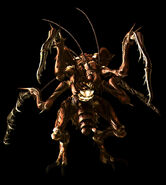 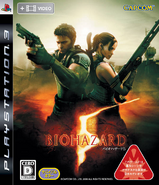 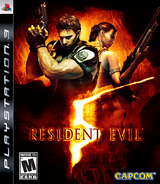 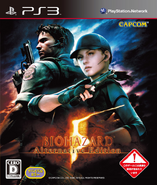 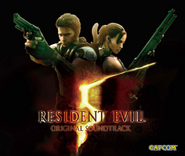