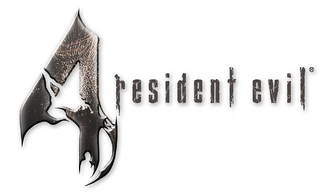 The game received a lot of praise from critics, won numerous game of the year awards, and is widely regarded as one of the best games ever made.

A virtual reality version for the Oculus Quest 2 will be released in 21st October 2021.

Resident Evil 4's game mechanics have been completely revamped to incorporate fast-paced gunplay, quick controls and shootouts involving massive crowds of enemies in large open areas. This, combined with an abundance of healing items and ammunition, results in a different gameplay experience from other Resident Evil games. Previous titles in the series have focused on exploration and conservation of ammunition - in RE4, the player can fire more ammunition and kill more enemies in one playthrough than in all of the other Resident Evil games combined (not including the Gun Survivor sub-franchise, in which the player is deliberately given infinite pistol ammunition). A typical play-through can result in the player killing upwards of 900 enemies.

Because the game contains no zombies, this installment is a radical departure from the series formula. Instead, the main enemies are parasitically-controlled humans referred to as "Los Ganados". Significantly smarter and quicker than the zombies from previous games, Ganados are a very different sort of foe. These new enemies dodge, wield melee and projectile weapons, and are capable of working collectively. Once simple farmers, these Ganados are the product of an infestation of Las Plagas, parasites.

Resident Evil 4 also contains changes to the inventory, camera angles, and movement control system. Normally, the camera remains behind the player character, who is visible from the waist up, and stands just left of the center of the screen. The camera zooms in for an over-the-shoulder view when the aiming button is pressed, and all ballistic weapons (save for those with telescopic sights) are given a laser sight for precision aiming.

With the inclusion of a laser sight, the game gives players an unprecedented amount of control in their attacks. Previous Resident Evil games only allowed players to aim their weapon up, down, or level; Resident Evil 4 expands this considerably, and enemies respond differently to bullet impacts to various parts of the body. For example, a shot to the foot may cause an approaching enemy to stumble, while a shot to the arm might make an enemy drop their weapon. Ammunition is more plentiful than in previous installments, primarily because some enemies drop ammunition after they are defeated. Weapons may be purchased from and continuously upgraded by the merchant using the currency in the game, the peseta.

Item management has also undergone significant change. While previous installments restricted a character to carrying a set number of items, Resident Evil 4 bases the number of items a character may carry on a grid system in which each item takes up a set of squares on the grid. The player's carrying capacity may be expanded by purchasing larger attaché cases. In addition, key items are now kept separately from weapons and healing supplies, allowing the player to acquire them without dropping current items or backtracking to the nearest item chest to make room. Treasures may be sold to the merchant for pesetas. The healing herbs from the previous games are back. In addition to the traditional green and red herbs, is the yellow herb, which when combined with a green herb (or a mixed herb), increases the player's maximum health.

Another new aspect of Resident Evil 4 is the inclusion of context-sensitive controls. Based on the situation, the player can interact with specific aspects of their environment, such as by kicking down a ladder, jumping out of a window, or dodging an enemy attack. The player can perform a mêlée attack against enemies while the enemy is stunned or on his or her knees. There are also dynamic cut scenes, in which the player must press buttons indicated on-screen to execute actions such as dodging a falling boulder or wrestling an enemy to stay alive. This technique is sometimes employed in boss fights against one-hit kill attacks. The game also features a dedicated knife button, which the player can use in addition to firearms.

The game also features a more cinematic presentation by using letterboxing. Loading times are kept to a minimum, unlike previous Resident Evil games, where moving between areas required a load screen. In Resident Evil 4, the game loads only between areas denoted by green action text. An area may feature anything from a few buildings to a huge military base. Doors are manipulated by pressing 'action' next to them, after which the character opens the door slowly and quietly, or the character will give it a push or a kick (which can stun enemies) if 'action' is pressed twice. Cutscenes load almost instantaneously, keeping the pace consistent. However the PlayStation 2 version loads slower, and has lower fidelity sound effects outside of cutscenes due to audio RAM constraints.

In 2004, six years after the events of Resident Evil 2 and 3, the Umbrella Corporation’s secretive activities within Raccoon City have become a public affair. Following an investigation conducted by the United States government, several Umbrella officials are implicated and prosecuted. The government formally and indefinitely suspends Umbrella’s business practices, causing the company to become bankrupt.

The game's main protagonist is Leon Scott Kennedy, one of the few remaining survivors of the Raccoon City incident, who was recruited and trained by the U.S. government to become a special agent after they learned of his actions in Raccoon City. Now a new agent in the Secret Service, Leon is sent on a mission to rescue Ashley Graham, the President’s daughter, who has been kidnapped by a mysterious cult. Leon travels to a Spanish-speaking village in Europe (most likely Spain), where he encounters a horde of unruly villagers who pledge their lives to Los Illuminados, the cult that perpetrated Ashley’s kidnapping.

During the course of the mission, Leon is reunited with Ada Wong, a spy Leon met in Resident Evil 2, and Jack Krauser, one of Leon’s former colleague from his years of government training, thought to be dead. He also meets Luis Sera, a former Los Illuminados’ researcher, who aids Leon on his mission before he is killed. By examining Sera’s notes, Leon discovers that Los Illuminados gained control of their subjects by implanting a mind controlling parasite known as Las Plagas into their bodies.

After Osmund Saddler, the leader of the cult, discovers that Leon has rescued Ashley, he commands his subjects to use any means to recover her. Meanwhile, after defeating Bitorez Mendez, Leon and Ashley take refuge inside a castle. A surprise attack by Salazar's airborne minions leads to Ashley’s recapture, forcing Leon to travel to a military and research complex located on a nearby island. After numerous altercations with Saddler's forces, Leon is able to successfully rescue Ashley, and defeat Saddler with Ada's assistance.

Leon recovers a vial containing a Plagas sample from Saddler’s corpse, but Ada forces him to give it to her. She then escapes from the complex in a helicopter, leaving Leon and Ashley to escape via jet-ski. Although Leon and Ashley manage to escape from the island, the sample's whereabouts and fate remain uncertain.

First hinted in early December 1999,[1] the earliest incarnation of Resident Evil 4 started out as what would eventually become the independent hack-and-slash action game Devil May Cry. The game was directed by Hideki Kamiya after producer Shinji Mikami requested him to create a new entry in the Resident Evil series.[2] Around the turn of the millennium,[3] regular series writer Noboru Sugimura[4] created a scenario for the title, based on Kamiya's idea to make a "very cool and stylized" action game. The original story was based on unraveling the mystery surrounding the body of protagonist Tony, an invincible man with skills and an intellect exceeding that of normal people, his superhuman abilities explained with biotechnology.

As Kamiya felt the playable character did not look brave and heroic enough in battles from a fixed angle, he decided to drop the prerendered backgrounds from previous Resident Evil installments and instead opted for a dynamic camera system. This new direction required the team to make a trip to Europe where they spent eleven days in the United Kingdom and Spain photographing things like Gothic statues, bricks, and stone pavements for use in textures.[5] Though the developers tried to make the "coolness" theme fit into the world of Resident Evil, Mikami felt it strayed too far from the series' survival horror roots and gradually convinced all of the staff members to make the game independent from it.[6] Kamiya eventually rewrote the story to be set in a world full of demons and changed the hero's name to "Dante". The cast of characters remained largely identical to that in Sugimura's scenario, although appearances of the hero's mother and father were written out of the story. The game's new title was revealed as Devil May Cry in November 2000. 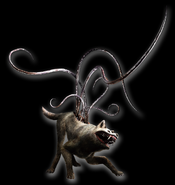 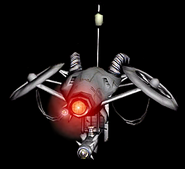 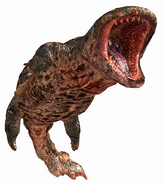 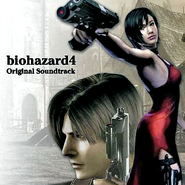 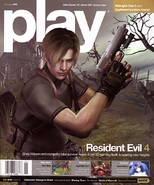 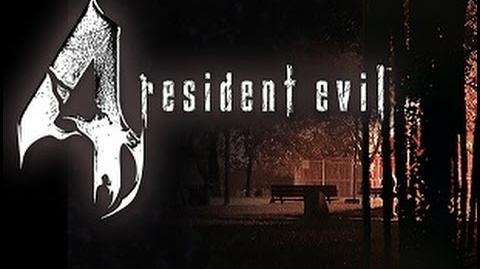