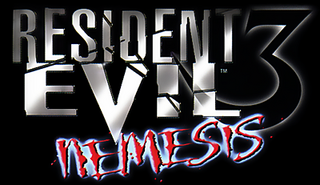 Resident Evil 3: Nemesis (Biohazard 3: Last Escape in Japan) is the third survival horror video game in the Resident Evil series. The 1999 game was released for the Sony PlayStation, subsequently ported to the Sega Dreamcast, PC and Nintendo GameCube and produced by Shinji Mikami.

The first half of the game occurs 24 hours prior to Resident Evil 2 and the second half takes place the day after. The storyline expands upon the settings and events of the T-Virus outbreak in Raccoon City, and concludes with the ultimate fate of the city and its infected population.

The game takes place in Raccoon City and begins just a day before the events in Resident Evil 2. There are a number of interlinking events between the two games.

A new feature is a boss-like enemy: the Nemesis (many believed him to be an upgrade from Mr X), an experimental Tyrant model programmed by Umbrella to hunt down and kill all members of S.T.A.R.S. Nemesis is considerably different from most enemies. He can run, use weapons, and has a dodge move, as well as being the first monster capable of pursuing the player from one area to the next. Nemesis is encountered several times throughout the game, in set-pieces, boss fights, and the occasional random encounter as the player explores the city. Even if defeated in combat, Nemesis will eventually get back up and continue the pursuit.

In a departure from the game's two predecessors, the player cannot choose between two playable characters from the beginning. Instead, the game is played almost entirely as Jill, although there is a short section in which the player controls Carlos.

There are some small improvements on the previous games. Nemesis incorporates a dodge move that allows the player to avoid or repel enemy attacks. The player can also use a new quick turn ability, spinning 180 degrees, allowing the player to escape or turn to face an enemy very quickly. Enemies can actually follow the player up or down stairs.

The game also features an ammunition creation system in which new ammunition can be created from gun powder through the bullet casing reload tool, or by combining gun powder with ammunition. Players can also shoot oil drums or bombs located in certain areas resulting in an explosion that can kill nearby enemies. The game also incorporates a randomization feature in which item and enemy placement, as well as puzzle solutions and cutscenes, change during gameplay.

Another new addition is the Mine Thrower, an experimental weapon. The Mine Thrower can also be loaded with enhanced mine rounds which have the ability to follow enemies.

At certain points in the game, the screen will turn white and the player will enter a Live Selection mode, in which they're prompted to choose between one of two possible actions (not choosing either is also a third choice), each affecting the direction the story takes. There is only a limited amount of time to choose.

There is an unlockable minigame, similar to the "The 4th Survivor" mode in Resident Evil 2, titled "The Mercenaries - Operation: Mad Jackal" upon completing the main game. The player can choose from three U.B.C.S. members that appear in the main game, with each character having a default set of items and weapons.

The objective is to reach the warehouse from the station cable car in a limited amount of time.

The player can extend their remaining time by killing monsters in quick succession, as well as gain additional recovery items and ammunition by saving civilians.

The player can use their winnings from the minigame to purchase unlockable weapons for the main game. 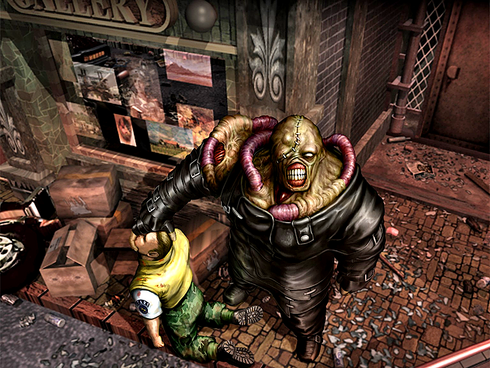 The game takes place two months after the mansion incident in Resident Evil. The player takes control of former S.T.A.R.S. officer Jill Valentine in her attempt to escape a ruined and zombie-infested Raccoon City. During her escape, she encounters three surviving members of the Umbrella Biohazard Countermeasure Service, Carlos Oliveira, Mikhail Victor and Nicholai Ginovaef. Mikhail sacrifices himself to save Jill from the Nemesis, a bio-organic weapon, and Jill escapes with Carlos. Depending on the player's actions, Nicholai may also die, but a file in Resident Evil Survivor written by him after the incident suggests that letting him live is the canonical ending.

Nemesis was the last core title in the series to be released for the PlayStation, and it was also the final Resident Evil game to take place in Raccoon City until the release of Resident Evil Outbreak. The city's fate is resolved in the game's finale. The US Government orders the destruction of Raccoon City and a nuclear missile is launched at the city. At this point in the game, Jill must escape the city in less than fifteen minutes.

There are also eight different character-specific epilogues that are unlocked sequentially, after the player clears the game several times.

Each epilogue reveals the fate of a major character from the first two games following the destruction of Raccoon City.

The epilogues for Claire and Chris serves as a prelude to the events of Resident Evil Code: Veronica.

According to interviews with series' creator Shinji Mikami and Hiroyuki Kobayashi, the game was originally conceived as a side story to the series titled Biohazard 1.9. It was only halfway during development that the developers decided to use the title Resident Evil 3, as they felt that the game was deserving of the title. Mikami later commented in an interview that he didn't want the title Resident Evil 3 to be used on the game. Another working title for the game was Biohazard 2.1 (as seen on storyboards of the game). 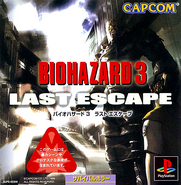 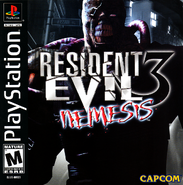 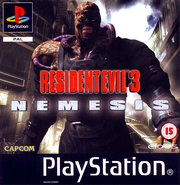 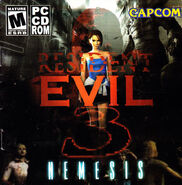 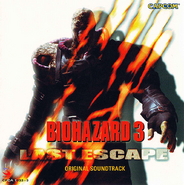