Resident Evil: The Darkside Chronicles, known as Biohazard: The Darkside Chronicles (バイオハザード / ダークサイド・クロニクルズ, Baiohazādo / Dākusaido Kuronikuruzu?) in Japan, is a 2009 on-rails shooting game for the Wii developed by Cavia and Capcom. Unlike Resident Evil: The Umbrella Chronicles, its "sister" game, the main focus was not on the Umbrella Corporation, but instead more concerned with the "dark side" of a person and what might cause him or her to do evil things, specifically the downward spirals of Jack Krauser and Raccoon Police Department's Chief Irons, among others.

Like The Umbrella Chronicles, the game is an on-rails shooter. Unlike that game, the player's partner can be seen on screen during gameplay, unless a co-op game is being played. Capcom has stated that they wanted the experience of the game to feel new, as a means to make it stand out from The Umbrella Chronicles. The game focuses more on horror, and adjusts the difficulty level itself, depending on the players' skill. This title uses the Havok physics engine.

The game allows players to evade attacks, to set The Darkside Chronicles apart from other on-rails shooters. Head shots are made easier for the player to perform. The camera system tries to convey a sense of action by moving frantically about at times.

Three scenarios are featured prominently: the first, "Memories of a Lost City", is a recreation of the events of Resident Evil 2, the second one, "Game of Oblivion", is based off of Resident Evil Code: Veronica, and an all new scenario, "Operation: Javier", situated in South America, is dispersed throughout the entire game. 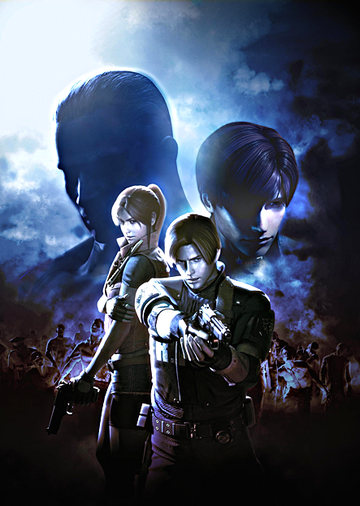 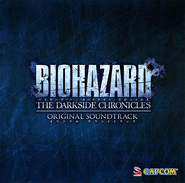