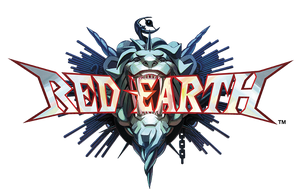 Red Earth, released in Japan as War-Zard (ウォーザード, Wōzādo?) (incorrectly referred as Warzard or Wizards[1]), is a fantasy sword and sorcery-themed 2D fighting game developed by Capcom and released as a coin-operated arcade game in 1996. It was the first game for Capcom's CP System III hardware, the same hardware which Street Fighter III and its derivatives ran on.[1] Despite being quite common in Japan, it was only minimally distributed overseas.

For a long time, Red Earth was the only CPS III game which was never officially ported to home platforms (although its characters have appeared in later Capcom games, either in cameo appearances or as playable characters) until 2022 when it was included in Capcom Fighting Collection, marking its first official release outside arcades and on consoles, and its first international release.

Artwork was done by Edayan, Daichan and Bengus, who had previously worked on Darkstalkers: The Night Warriors.

Red Earth features two different game modes: a single-player Quest Mode and a two-player Versus Mode. In Quest Mode, the player chooses from one of the four main characters, and progresses through their character's storyline while fighting against a series of eight computer-controlled adversaries in one-on-one battles, gaining experience points during each battle, which are used to improve the character's attack and defense and access new moves.[2] In Versus Mode, two players fight against each other, each using any of the four main characters (including the same character as the other player). Red Earth uses a password feature that allows the player to play the game later on the same skill level their character reached when it ended the last time.[2] The character is able to acquire new abilities depending on the skill level that has been reached.

The fighting engine itself is similar to previous Capcom fighting games such as Street Fighter but with a few differences; the health bar of the enemy 'bosses' the player battles in Quest mode is displayed across the bottom of the screen, and is much larger than that of the players.[2] Also, as the player lands hits on the bosses, various coins and treasure chests come out. Collecting coins provides experience, while various things can be found in treasure chests such as orbs (used for super attacks by invoking one of six elemental spirits) and food (that restores health). These elements make the game very similar to an RPG-themed action/beat 'em up style game rather than a traditional 1-vs-1 fighter. Similarly, it harkens a similar feel to Capcom's own adaptation of the Dungeons and Dragons series, and even had sound effects found in that game as well.

In addition, Red Earth is one of Capcom's few games with "fatality" attacks, inspired by the fatality concept of rival fighting game series Mortal Kombat. Unlike fellow Capcom fighter Darkstalkers, which also employ such attacks but in a slightly more comical vein, the fatalities in Red Earth are more "realistic" in comparsion; they include splitting the opponent in half both horizonally or vertically, decapitation, artery rupture, organ removal and limb slicing.

Red Earth takes place in 1999 on an altered earth that is stuck in a mythological medieval fantasy state. A new country has risen led by the evil Blade, who sends out various monsters to take over the world. Four heroes emerge to defend earth.

The western translation has the same premise, but takes place in 13XX and showcases an Earth where no Industrial Revolution nor Renaissance had occurred to progress the world into the modern day.

According to Takashi Sado, Red Earth was made due to the growing popularity of fighting games in the 1990s.[3] Sado said that the game was inspired by Magic Sword and The King of Dragons, both made by Capcom.[3] However, what made it different from other fighting games was the inclusion of a set of parameters and equipment so that casual players can keep up with more experienced players.[4]

An official soundtrack of the game was released on December 18, 1996, for ¥3200. It was composed by Takayuki Iwai with additional help by Ryoji Yamamoto and Wataru Hachisako. It contains 72 tracks over 2 CDs. Certain tracks were later featured in the 2004 game Capcom Fighting Evolution, although they are downgraded versions and slightly offtune.

Two books about the game were published in Japan. The first one, titled All About War-Zard, is an in depth look at the creation of the game. It contains many pages of concept art and screenshots, details on technical and musical aspects of the game as well as gameplay strategies. The other book, titled Gamest Mook #65: War-Zard, was a similar, although unofficial book. This book also contained a fan art section.

A manga anthology focusing on Red Earth and Darkstalkers, entitled Capcom Selection: Maleficarum (also known as Ops Maleficarum and Maleficarum: Ops Villa), was published in Japan in 1997. It was written and illustrated by Mami Itou, who is also known for her work on ROBOT and Pilgrim Jägar, as well as the Super Street Fighter II manga Super Street Fighter II X Gaiden. The English edition of the manga was made available by UDON in October 2010 under the title Darkstalkers / Red Earth: Maleficarum. For the 20th anniversary of the Darkstalkers series, Japanese publisher Wani Books secured the rights to officially re-release the manga in Japan under its Gum Comics Plus label on the 25th June 2015 under the name Maleficarum: Ops Villa, keeping the original material plus adding two never-before compiled short comics based on the Star Gladiator series.

Several figurines of the game's various characters have also been released.

In Japan, Game Machine listed Red Earth on their February 1, 1997 issue as being the second most-popular arcade game for the previous two weeks.[5]

The game was reviewed by Hyper magazine and rated 4 out of 5 stars.[6]

Some of the characters from Red Earth have appeared in other fighting games. 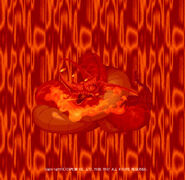 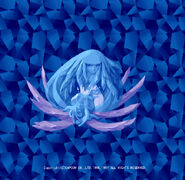 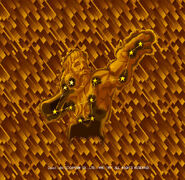 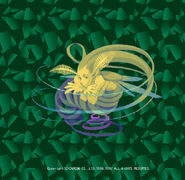 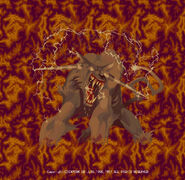 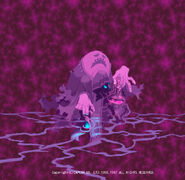 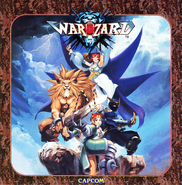 Maleficarum (manga that includes both Darkstalkers and Red Earth) 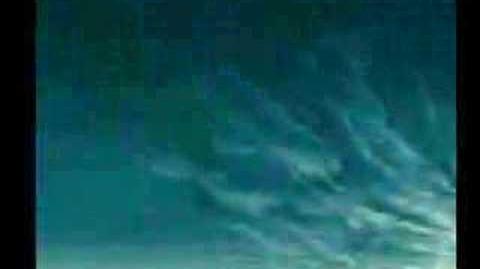 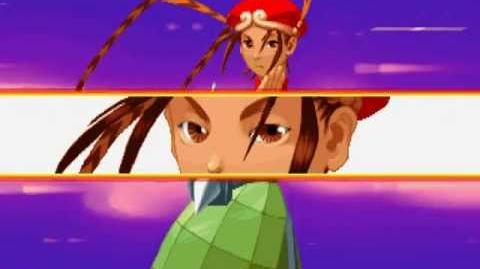