Quick Man (クイックマン, Kuikkuman?) is a character from the Mega Man franchise. He first appeared as one of the Robot Master bosses in the second game in the classic Mega Man series.

The fastest Robot Master in the Mega Man Classic games, Quick Man is a battle robot created by Dr. Wily. Using Elec Man as a base, Dr. Wily made extremely fast speed to be Quick Man's trademark characteristic. Quick Man's main weapon is the Quick Boomerang, a small, boomerang-shaped cutter. He can fire multiple boomerangs at a time, and they can home in on his opponents. Quick Man also utilizes his own high speed for attack. When Dr. Wily was creating the Robot Masters in Mega Man 2 he gave them all equipment to negate the effects of Flash Man's Time Stopper. However, Quick Man's is defective. Quickman has been stated to be the rival to Megaman, and in the manga Flash Man.

It is said that Quick Man is early to get to bed and early to rise. He likes car racing and dislikes turtles. He's also said to prefer fair, level fights. In Super Adventure Rockman, Mega Man is eventually successful in convincing Quick Man of the danger of Dr. Wily's plot. As a result, Quick Man ends up sacrificing his life to save Mega Man from Shadow Man. 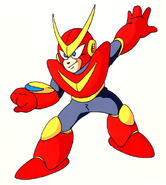 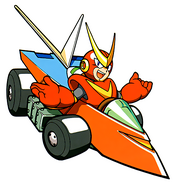 In his Sonic Formula in Mega Man Battle & Chase 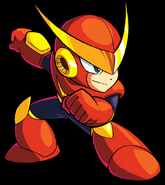 Street Fighter × All Capcom
Add a photo to this gallery
Retrieved from "https://capcom.fandom.com/wiki/Quick_Man?oldid=139235"
Community content is available under CC-BY-SA unless otherwise noted.