Project Justice (Japanese: 燃えろ!ジャスティス学園 Moero! Justice Gakuen; translation: Burn! Justice Academy) is a 3D fighting game developed and published by Capcom. It is the 2000 sequel to the fighting game Rival Schools: United by Fate and the second game in Capcom's Rival Schools series. In Europe, Australia, and Latin America, this game is known as Project Justice: Rival Schools 2. The following year, the game was ported to the SEGA Dreamcast.

As in the original game, the combat in Project Justice is very tongue-in-cheek. Many of the characters use their chosen field of academic or sporting excellence as a fighting style (e.g. Soccer, Swimming, Music, Physiotherapy) and, as a result, special moves - in particular the Two-Person team-up moves - tend to have a surreal edge, with methods to injure the opponent ranging from: forcing them to take part in an impromptu bout of synchronised swimming (on dry land); confusing them by taking photographs of them in rapid succession during an interview for the school newspaper, or even berating them so severely that they fall unconscious out of shame.

Project Justice's single player mode was structured differently from its predecessor. While Rival Schools: United by Fate plays a story only if characters from the same school were selected, the game instead has separate "Story" and "Free" modes.

One year has passed since the events of United by Fate and that things have gone back to normal in Aoharu City. Batsu Ichimonji, Hinata Wakaba, Kyosuke Kagami, and the rest of the fighters had resumed their normal school lives and that all of them had enjoyed the calm peace that came after their last adventure, but the peace itself doesn't last for long and that the fighters would soon find themselves getting involved in a new struggle.

Kurow Kirishima: a cold-hearted and ruthless ninja assassin from a mysterious group known only as the "Reverse Society" has his sight set on the Imawano family and plans to eliminate them and their allies so that he can prepare for the advancement of his own ambition to rule Japan. To this end, he attacks Raizo Imawano: the principal of Justice High and father to Batsu, so that he can easily put him out of commission and not have any interference come from him. Secondly, he sends both his older sister Yurika Kirishima and his loyal subordinate Momo Karuizawa into the ranks of the fighters so that the two of them can cause tension and distrust to occur between the friends. His third plot involves brainwashing Gedo gang leader Daigo Kazama so that he can order him into forcing his gang to attack various schools in order to cause even more tension to occur. Lastly, Kurow himself plans to destroy Batsu's reputation by disguising himself as Batsu's doppelganger (named Vatsu) so that he can attack the fighters and make them believe that Batsu is behind it.

Batsu and his friends must fight back against the evil plot of Kurow and attempt to not let their friendship get destroyed by the conspiracy of a deadly ninja assassin.

In Japan, Game Machine listed Project Justice on their January 15, 2001 issue as being the most-successful arcade game of the year.[1]

The Dreamcast version received "favorable" reviews according to the review aggregation website Metacritic.[2] In Japan, Famitsu gave it a score of 33 out of 40.[3] Game Informer gave the Japanese version an average review, while GamePro gave it universal acclaim, both of them a few months before its U.S. release date.[4][5] Chester Barber of Next Generation said of the same Japanese version, "Unless you're hard-up for a new fighter, you may want to rent it before making a purchase."[6] 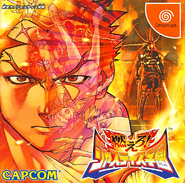 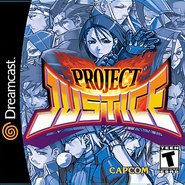 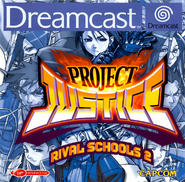 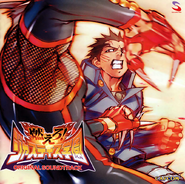 Arcade Flyer
Add a photo to this gallery

Retrieved from "https://capcom.fandom.com/wiki/Project_Justice?oldid=140356"
Community content is available under CC-BY-SA unless otherwise noted.