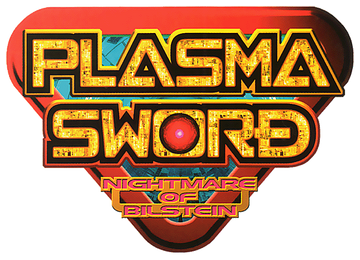 Plasma Sword: Nightmare of Bilstein (スターグラディエイター 2 Suta- Guradieita- Tsu, Star Gladiator 2 in Japan) is the 1998 arcade sequel to Star Gladiator. It is the second game in the Star Gladiator series. The game runs on the ZN-2 hardware, an improved version of the PlayStation-based ZN-1 hardware its predecessor ran on. A Dreamcast port was released in 2000. Character artwork was done by CRMK.

The control system from the first Star Gladiator was reworked and rebuilt for the sequel. Much like the first game, players are given an arsenal of four usable buttons. Two of the buttons are attacks for a fighter's weapon while one button is used for a kick attack and the final button is used for inward and outward sidesteps as well as dashes. The Plasma Combo System was discarded in favor of the Plasma Strike System, in which all characters have a Plasma Gauge (similar to the ones found in Street Fighter and Darkstalkers) and that they can store up to 3 levels of the Plasma Gauge, enabling them to pull off super moves called Plasma Strikes. Unlike the first game, fighters are able to battle on an endless 3D plane field, meaning that ring-outs were unavailable from within sight. Like other 3D fighting games, set combos were implemented through tapping a specific sequence of buttons. However, characters could perform special moves from within the combos themselves, akin to 2D fighting games (similar to the treatment found in the Street Fighter EX series). Characters can also counter incoming attacks using a Plasma Reflect or Plasma Revenge tactic against their opponent, requiring at least half of a Plasma Gauge level.

One new tactic introduced from within Plasma Sword is that characters were granted a unique special skill called a Plasma Field. With the use of one level from the Plasma Gauge, the character who activates it will emit a sphere of Plasma energy around them. If the opposing character is hit by it, the 3D plane field will be temporarily boxed in with four invisible walls, making escape from the Plasma Field quite difficult. The effects of the Plasma Field vary with each character, ranging from infinite Plasma Strikes, growing to gigantic sizes, and even stopping time.

With the exception of Rimgal and Kappah Nosuke, the ten remaining characters of Star Gladiator return for the sequel and fourteen new characters make their debut, though ten of them are largely considered into being mirror images of the returning cast, sharing their weaponry, fighting styles, special moves, and Plasma Fields, but each mirror image character have their own unique character designs, Plasma Strikes, and original stories.

"In the epic battle of the Final Crusade that had occurred from within last year, Hayato Kanzaki had slayed the evil Dr. Edward Bilstein and brought the end of the Fourth Empire's terror and destruction throughout the entire universe. The fall of the Fourth Empire and the death of its leader were momentous occasions of last year and that it had signaled the restoration of peace and happiness, but all is not well from within the universe.

Rumors have been circulating about the unexpected return of Bilstein in a new cybernetic body, as well as the appearance of a ghost who eerily looks like Bilstein's old cybernetic body. At the same time, the Fourth Empire has taken the opportunity in rebuilding its strong forces and that the loyal members of the organization are quite determined to carry out Bilstein's evil will of eliminating those who stand in the way of their emperor's universal conquest.

Hayato, June, Saturn, and Gamof soon realize that the malevolent threat of Bilstein is far from over and that the four of them must head back into the relentless fight in order to defeat Bilstein and the Fourth Empire once and for all. However, the quartet is not alone from within their second battle as they have new friends to assist them from within the inevitable conflict, such as their former enemy turned ally Zelkin, an extremely strong Japanese military war soldier named Gantetsu, a noble and aspiring American superhero named Eagle, and a mysterious yet cheerful young Japanese rhythmic gymnast named Ele. Hayato and his friends will find themselves heading back into the hard ordeal as Star Gladiators, Fourth Empire members, and neutral parties will be thrust into a war that will determine the fate of not only the Earth, but the entire universe.

The Nightmare of Bilstein has now begun...."

Next Generation reviewed the arcade version of the game, rating it four stars out of five, and stated that "Capcom has taken few (if any) big steps forward with Plasma Sword, but the fighting game giant has managed to round out and deepen the gameplay essentials of its growing 3D library."[1]

Plasma Sword: Nightmare of Bilstein has an aggregate score of 61.02% on Gamerankings.com based on 17 reviews. On release, Famitsu magazine scored the Dreamcast version of the game a 31 out of 40.[2] 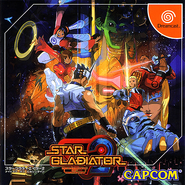 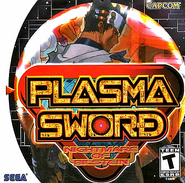 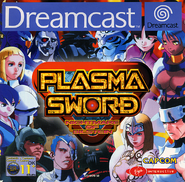