Oswell E. Spencer is a character from the Resident Evil series of survival horror games.

One of the most important and mysterious side characters, Spencer is the owner and founder of the Umbrella Corporation, a pharmaceutical company that secretly manufactures bio-organic weapons. His colleagues, James Marcus and Edward Ashford, join his company, but show more interest in studying the newly discovered Progenitor virus. Eventually, Ashford dies, and Spencer seizes control of the company and its research by sending his subordinates, Albert Wesker and William Birkin, to assassinate Marcus.

Spencer conducts some of his company’s research in the Arklay Research Facility, in the Arklay Mountains. He originally hired George Trevor, a famed architect to construct the mansion, but soon became paranoid that Trevor knew too much about the mansion’s secrets. Spencer kidnapped his wife and daughter, Jessica and Lisa. Rather than killing them, Spencer uses them as human guinea pigs for Umbrella’s research, and kills Trevor, in events that are detailed in Wesker's Report and the GameCube Resident Evil remake.

Spencer’s plans progress smoothly, until Marcus returns from the dead and begins to seek revenge with the help of his test subjects. Marcus destroys one of Spencer’s luxury trains, and causes a viral outbreak in the Arklay Research Facility. Anticipating trouble, Spencer dispatches his loyal enforcer, Sergei Vladimir, to recover Umbrella's promising Talos prototype before the facility's destruction. The outbreak spreads throughout the region, sparking the events of Resident Evil 0 and the original Resident Evil. The virus subsequently spreads to Raccoon City during the events of Resident Evil 2 and Resident Evil 3: Nemesis, prompting the US government to contain the outbreak by ordering the destruction of the city.

After the city's destruction, Spencer attempts to disguise the incident as a government conspiracy by hiring top lawyers and false witnesses. His actions prolong the legal proceedings, and allows the Umbrella Corporation to stay afloat for five more years. Ultimately, Wesker betrays Spencer by handing over secret documents to the US government. Wesker seals Spencer's doom by personally testifying against him in court. Umbrella's business license is summarily suspended, and the US government works swiftly to dismantle the remains of the organization. Spencer himself vanished after Umbrella's public fall from grace. However, in Resident Evil 5, he is murdered by a vengeful Albert Wesker. 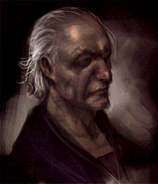 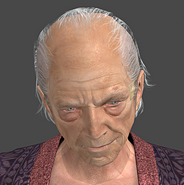