Onimusha 2: Samurai's Destiny, released in Japan as Onimusha 2 (鬼武者2, Onimusha Tsū?), is an action-adventure game developed and released by Capcom for the PlayStation 2. It is the second installment in the Onimusha series of action-adventure games, released in May 2002. Set in medieval Japan, the plot revolves around a new protagonist, Jubei Yagyu, who is on a quest of revenge as he battles a demon army led by Nobunaga Oda, a sinister warlord who eliminated the Yagyu clan. Across his quest, Jubei learns of his oni heritage which grants him powers to slay the demons and meets new allies who also wish to defeat Nobunaga.

The game retains the action elements from its predecessor such as the use of multiple special weapons that can be upgraded by defeating enemies. Apart from the main character, the game features four playable sub-characters, each of whom shares a part in the story. The player's actions determine which characters will decide to help Jubei in his quest. These characters were added by the Capcom staff to give a bigger depth to the game and expand the game's feeling of adventure.

Publications for video games generally praised Onimusha 2 for keeping the action elements from its prequel and adding new gameplay elements. The game also sold a total of 1.9 million units as of 2008.

Samurai's Destiny features a control scheme found in many survival horror games published by Capcom, most notably Resident Evil.[1][2] Other similarities include open-ended gameplay, the use of herbs and medicine to restore health, and the inclusion of puzzles which must be solved in order to progress. Hostile demons known as Genma inhabit most areas, and will attack and chase Jubei. Jubei collects an assortment of short and long-range weapons throughout the game, including a bow and a matchlock rifle.[1][2] Jubei is able to use magic by wielding element-based weapons. When wielding these weapons, Jubei can perform a stronger elemental attack at any time.

In order to discourage button mashing, the player is rewarded for performing "Issen" hits on Genma.[1] Issen occur when the player initiates an attack the moment an enemy is about to lunge forward. A bright flash will appear if the move was successful, and the target enemy will die instantly. If a group of Genma surround Jubei, he will be able to chain several Issen hits together, taking down the entire group.

Shortly into the game, Jubei gains the ability to absorb the souls of defeated Genma. Jubei can attract any orbs in the vicinity and draw them into his hand, provided that he is standing close enough. Demons Souls are differentiated by the color of the orb: the most common type, red orbs, act as experience points which can be spent to improve Jubei's weapons and armor. Yellow orbs will restore a character's health. Blue orbs recharge magic ability. The rarest variety is the purple orb temporarily powers up Jubei into an "Onimusha", increasing his attack damage and becoming invincible.

Samurai's Destiny features a gold mining town called Imasho which is free of enemy encounters. Onimusha 2 introduces several role-playing elements into the series. In the areas surrounding Imasho, defeated Genma often leave behind piles of gold which can be spent on gifts for other characters (Ekei, Magoichi, Kotaro and Oyu).[1] Reactions to a present will depend on that person's temperament; giving Oyu a bouquet of flowers will make her happy, whereas giving it to a male recipient will simply irritate them. Jubei's gift-giving will determine which warrior will assist him as the game progresses, and will in turn influence the story.[2] In some cases, if the player fails to win a character over, that person will opt to shun or betray Jubei later on.

At certain points in the story, control may be passed to another character for a short period. These side-quests often begin with Jubei finding himself ambushed, trapped, or incapacitated, requiring one of his allies to help him. During these events, the sub-character can equip a bracelet which imbues them with the same soul-absorbing power which Jubei wields.[3]

Since the death of Fortinbras, Nobunaga Oda has taken command of the Genma as he continues his campaign to unite Japan while wiping out any threat to his power. Among the villages he targeted is the Yagyu village. The clan's only survivor, Jubei Yagyu, finds the destroyed village and goes to search for the culprit. He encounters a female oni named Takajo (高女?) who explains Nobunaga's actions. Revealing herself as Jubei's mother, Takajo unleashes Jubei's Oni powers and tells him to search for five orbs that were created to protect humans from demons. Jubei then embarks on a quest to find the orbs in order to defeat Nobunaga.[1]

Across his journey, Jubei meets several warriors who become his allies, including Ankokuji Ekei, a master spearfighter in the Houzouin style who wishes to become a feudal lord; Fūma Kotarō, a ninja who distrusts women after his mother abandoned him; Magoichi Saiga, the leader of the "Saiga Shu" gun troop in Kii Province; and Oyu of Odani, a female warrior who is secretly Nobunaga's sister, Oichi, and wishes to stop her brother.[4]

Jubei also encounters several Gemna serving Nobunaga including the arrogant yet noble swordsman Gogandantess; Ginghamphatts, a giant, semi-arachnid genma; and Jujudormah, a female genma who kills Takajo and is obsessed with Nobunaga. With help from his friends, Jubei defeats his enemies, including the forces that were going to attack Odani Castle. He goes to Nobunaga's base in Gifu Castle after stealing a ship from Nobunaga's servant, Tokichiro Kinoshita. Having already obtained all Five Orbs, Jubei bids farewell to his comrades as he decides to face Nobunaga alone. During his final battle with Nobunaga, Jubei unleashes the might of the Five Orbs to enhance his oni powers, and defeats Nobunaga. However, unable to be destroyed, Nobunaga's disembodied spirit vows to return and Jubei escapes from the collapsing castle.

The first sequel to Onimusha: Warlords was confirmed by Capcom in April 2001 when it was released in America. This quick announcement was made because Onmiusha 2 was developed alongside Warlords.[5] The game's story and characters were revealed in June of that same year. The hero Jubei Yagyu was modelled after the late Japanese actor Yusaku Matsuda. While the game is graphically similar to its prequel, the backgrounds were given more animations. One of these scenes which includes down-pouring of rain was made as a homage to the staff's favorite film, Seven Samurai.[6]

Onimusha 2: Samurai's Destiny was made by different team from the one that made the first game. The team implemented a bigger focus in adventure rather than action for this game in order to give more depth.[6] Like the original Onimusha, this game also was originally planned to be released for the PlayStation but the release of the PlayStation 2 made the team change it to the new console.[7] Producer Keiji Inafune saw this game as a way to include many things he wanted in the first game but in the end could not.[8]

The music in the game was composed by Hideki Okugawa. Japanese musician Tomoyasu Hotei contributed to the game with the theme "Russian Roulette" which is used as the game's alternate intro theme.

Onimusha 2 was originally released in Japan on March 7, 2002, followed by the releases in North America on August 27 and Europe on October 4. The game was also re-released with its Warlords and Demon Siege into the 2008 compilation Onimusha Essentials for North America.[9]

The same day the game was released in Japan, Capcom also published a fan DVD containing a guide and movies featuring the development staff.[10] A 44-track CD original soundtrack was released by Capcom on March 20, 2002, while ADV Films published it in North America next year on June 3.[11][12] The soundtrack Onimusha 2 Orchestra Album ~ Taro Iwashiro Selection was also released in 2003.

Onimusha 2 was a commercial success in Japan. In April 2002, Capcom announced they shipped over a million copies in Japan having faster sales than its predecessor.[13] During that year, it was also the third best selling game in the country.[14] As of May 2008, it has sold over 1.9 million copies worldwide.[15] Capcom VP of Strategic Planning and Business Development Christian Svensson referred to Onimusha 2 and its predecessor as one of their most successful titles.[16] However, the staff noted it had poor sales in Europe. As a result, they tried appealing to the European fans by adding more Western tones to their next work, Onimusha 3: Demon Siege.[17]

Before its release, IGN awarded it as the "Best Adventure Game" from E3 2002 for the PlayStation 2.[18] Onimusha 2 received praise for its gameplay and presentation. On release, Famitsu magazine scored the game a 36 of 40.[19] It has been praised for retaining the action elements from its predecessor and adding replay value. However, the use of the dpad rather than the joystick's left analogue to control Jubei has been the subject of criticism as players would have difficulties getting used. While Jeremy Jastrab from PALGN praised the new Gift system for motivating the player to explore more, Chandronait from GameSpy was disappointed by the characters' relationships being affected by gifts rather than decisions. However, it has also been criticized for its camera which sometimes makes combat difficult. Although IGN's Jeremy Dunhan acknowledged this issue, he noted that there were several improvements over the original game. Dunhan summed it up as "Bigger, bloodier, and deeper than its predecessor, Onimusha 2: Samurai's Destiny is on many levels the perfect sequel." Reviewers also acknowledged the game had a short length despite the new gameplay elements but still found the replay value to favor it.

In regards to the presentation, response has been mixed. The graphics have been well received for its appealing CGI scenes as well as character models. Despite finding the plot too similar to Warlords, Greg Kasavin from GameSpot praised the game's presentation for balancing action and cutscenes. However, he criticized the lack of its original Japanese audio leaving the players to listen to an English dub that was deemed as "mediocre." Agreeing with Kasavin, Chandronait found that the plot was also affected by a poor script localization. While Chandronait found Oyu's character and her relationship with Jubei stereotypical, she found the other characters more enjoyable. IGN's Jeremy Dunhan saw Jubei as a more interesting character than Samanosuke Akechi from Warlords based on his personality and actions.

IGN later listed it as the 45th best PlayStation 2 game.[20] GameSpot also listed as a nominee in the category "Best Action Adventure Game" during 2002.[21] GamesRadar listed Onimusha 2 as one of the titles they want to be rereleased in a HD collection.[22] In the Japan Game Awards from 2001 and 2002, Onimusha 2 received the "Award for Excellence."[23] 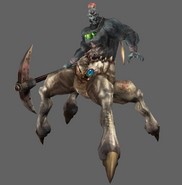 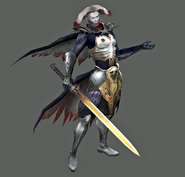 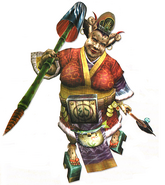 Takajo
Add a photo to this gallery 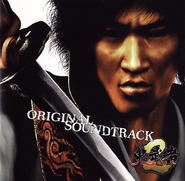