Nefasturris is a giant skyscraper-possessing demon, composed of thousands of bat-like Nefasvermis (Lat: "Worm of Sin"), which also serve as energy conduits between the giant and the Demon World. The Nefasvermis, seemingly composed of darkness, combine within a skyscraper and manifest the form of a giant humanoid emerging from the building.

As Dante is making his way through Uroboros City towards Arius' tower, Nefasturris suddenly bursts out of one of the nearby skyscrapers and attacks him. Dante is able to defeat him, however after its first form is defeated, its decapitated head continues to fight on as Nefascapitas. But even with his transformation Nefasturris is still defeated again and killed. Nefasturris later appears as part of Argosax The Chaos. 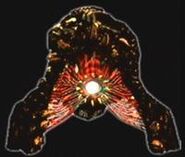 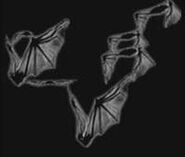