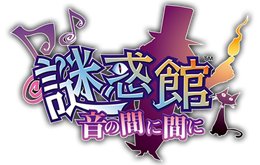 Nazo Waku Yakata is an adventure game developed by Capcom for the Nintendo 3DS. It is described as a "sound adventure" game where players explore a spooky mansion called Nazo Waku Yakata. The mansion has lots of rooms and some strange residents. Nazo Waku Yakata is directed by Minoru Nakai and has character designs from Tadahiro Uesugi and a scenario from Yukinori Kitajima. It was released over the summer in Japan.

The game has a unique control system that does not make use of buttons. The action is shown on the 3D screen, but players can touch icons on the bottom screen to investigate areas of the rooms. Players can look at the rooms via gyro controls, where the player can tilt the 3DS in the direction they want to see. After speaking into the system’s mic, the mansion residents will react to player comments in various ways.