Mega Man X6 (Rockman X6 in Japan) is the eighth game in the Mega Man X series, and is the first not produced by series creator Keiji Inafune. The PlayStation version was released in 2001 in Japan and the US within a European release the following year and in Singapore's AMK Hub in 2007. The game was released for the PC in 2003 as well, but only in Asia. The game was re-released on January 10, 2006 as part of the Mega Man X Collection for the GameCube and PlayStation 2. It is widely regarded as the most difficult game in the Mega Man X series, with some players who enjoyed the additional challenge while others deemed the game overly frustrating. Artwork was done by Haruki Suetsugu.

The story begins three weeks after Mega Man X5, with Zero missing, presumed dead, and the Earth's surface rendered uninhabitable. Rumors are spreading through the Reploid World of a Maverick named the Zero Nightmare, a Reploid of pure evil that is spreading chaos throughout the world. X, curious about this Maverick, and angered by its use of his late friend’s name, seeks him out.

After destroying the Zero Nightmare, X learns that Zero is alive, just recovering from damage sustained in the last game. When Zero is recovered, he joins X and they seek out the researchers who built the Zero Nightmare.

X finds the lead researcher, Gate, in his lab. After X defeats Gate in battle, Gate reveals that he has rebuilt Sigma, the leader of the Mavericks. Sigma kills Gate, then challenges X to a duel. X is able to defeat the rebuilt Sigma.

Ground Scaravich
Add a photo to this gallery 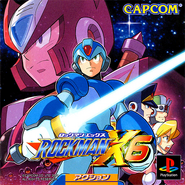 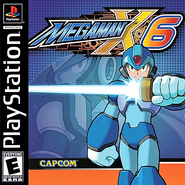 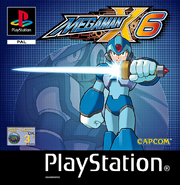