Mega Man X4 (ロックマンX4, Rockman X4), produced by Keiji Inafune, is the sixth game in the Mega Man X series. This game was originally released on July 31st, 1997 for the Sega Saturn in North America. Both the Sega Saturn and PlayStation versions were soon released simultaneously on August 1st, 1997 in Japan. The PC version was released in January 1st, 1998, and runs in operating systems after and including Windows 95. It was part of the Mega Man X Collection for the Nintendo GameCube and PlayStation 2, and the PlayStation version was also released in Singapore's AMK Hub on 2007. Artwork was done by Haruki Suetsugu.

Following the third defeat of Sigma, Cain Labs issues an initiative to create a supplementary military force to complement the Maverick Hunters. This force, called the Repliforce, is a strict military regime led by General and his second-in-command, Colonel.

Six months following the inception of the group, Cain Labs finds its methods to be ineffective, questionable, and potentially dangerous in the defense against Mavericks. To make matters worse, General has been meeting behind in secret with a mysterious figure who insinuates that they are a threat to the jurisdiction of reploids alike, and plots the demise of the Maverick Hunters. Following an attack on the Sky Lagoon by the Maverick Egregion, General publicly announces that the Repliforce will attain independence from the humans and reploids, with his justification being that the Repliforce has been misjudged as a group of Mavericks. 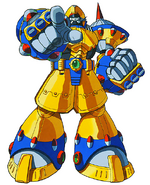 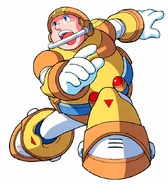 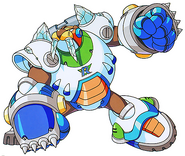 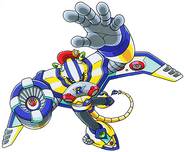 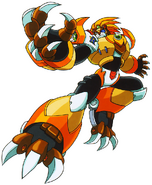 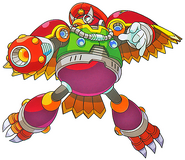 Jello Man
Add a photo to this gallery 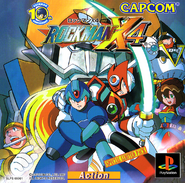 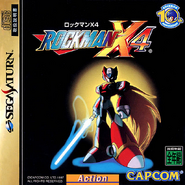 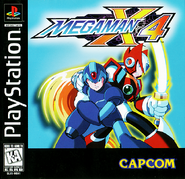 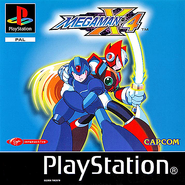 ASCII Guidebook
Add a photo to this gallery