Like its predecessor, Mega Man X2, Capcom included the Cx4 chip to allow for some limited 3D graphics and transparency effects. Mega Man X3 was the first game in which Zero is a playable character, in addition to X. This would be the final game for Tokuro Fujiwara, who had been with the Classic and X series since the beginning. Art duties were split between Tatsuya Yoshikawa, Hayato Kaji, Shinsuke Komaki and Keiji Inafune.

The game was re-released on January 10, 2006 as part of the Mega Man X Collection for the GameCube and PlayStation 2.

The story of Mega Man X3 revolves around a Reploid scientist named Dr. Doppler. In the year 21XX, the threat of the Mavericks had been neutralized thanks to Doppler's technology, which prevented the Mavericks from going berserk. The reformed Reploids had formed a utopia near their new mentor called DopplerTown. It seemed that all was well, until the former Maverick Reploids suddenly reverted and once again began causing trouble. Dr. Doppler was held accountable, and X and Zero were sent out to contain the new threat. They were soon after called back to Maverick HQ, which was under attack by Doppler's forces. 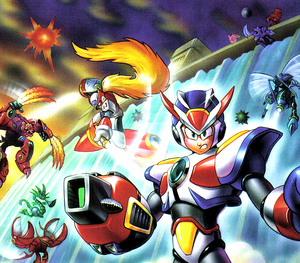 As with the series' previous entry, the game lacks a credits sequence for the game's staff and instead features a "cast roll" for the game's characters, enemies and bosses. The remake of the game for fifth generation consoles would follow this trend.

The official soundtrack release for Mega Man X through X6, however, revealed that five entities were involved with X3 as a whole: Minakuchi Engineering, Toshihiko Horiyama, Shusaku Uchiyama, Yoshino Aoki and Makoto Tomozawa.

As revealed in a SEMO interview (and supported by her official website), composition of the original SNES version was handled by Kinuyo Yamashita of Castlevania fame, who revealed that she was contracted by Capcom through Minakuchi Engineering (she was a freelancer at the time) to compose for the title.

Information is similarly scarce for the arrange version, though some information on its soundtrack is known: 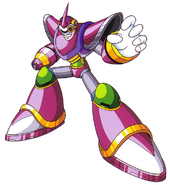 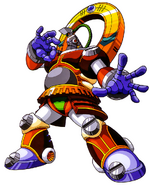 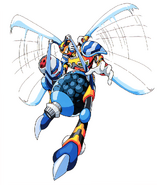 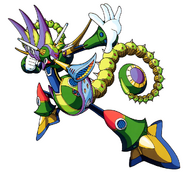 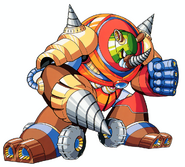 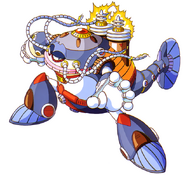 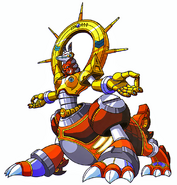 Godkarmachine O Inary
Add a photo to this gallery 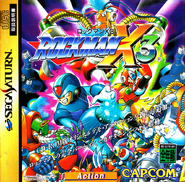 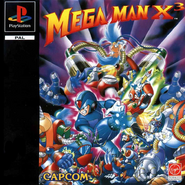