Mega Man V, produced by Tokuro Fujiwara, is part of the Mega Man Classic series of action platformer games. It was released in 1994, was the last Mega Man World game for the Game Boy and is notable for being the first game to feature Tango, a robotic cat.

In the year 20XX AD, the world is at peace thanks to Mega Man. Dr. Wily's fourth attempt at world domination has failed and his name has once again faded from the minds of the citizens of the world.

A few months later...Mega Man and Roll are surprised by a mysterious robot.

Terra: "So, you are the famous Megaman! I am Terra - and you will soon be my slave!"

Mega Man and Terra fight, but even the charged shot doesn't work on him.

Mega Man is defeated by Terra.

A few hours later, the world is attacked by warrior robots from space.

Mega Man wakes up in Dr. Light's lab, with a new weapon: Mega Arm, and a new assistant: Tango. 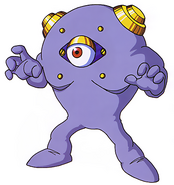 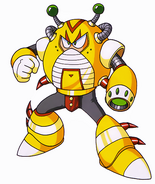 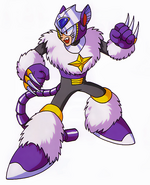 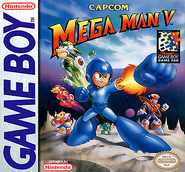