Mega Man Star Force has many similarities to the MegaMan Battle Network games, but is considered a separate entity. Both an anime and manga were produced several months prior to the game's Japanese release date. So far, only the anime has been adapted into English.

The Mega Man franchise takes place in two separate timelines, one where robotic technology flourished and another where network technology prospered instead. The Battle Network series was placed in the network timeline, causing it to be completely disconnected from every other Mega Man series (Classic, X, Zero, ZX, and Legends). MegaMan Star Force explicitly states that it takes place approximately two hundred years into the future of Battle Network, thus placing it into the Network timeline. As such, Star Force deviates greatly from the standard Mega Man fare, because it draws almost exclusively on elements from Battle Network (mostly gameplay elements), making very few references or allusions to other series. However, Capcom has produced Star Force as a stand-alone series, meaning players can fully enjoy the title without being familiar with the Battle Network series.

Set in the fictional year 220X, emphasis on internet technology has lessened, and instead, the world has become networked through use of EM waves. Though cyber worlds and NetNavis still exist in Star Force, human dependency on them has greatly decreased, and people no longer have Navi companions. Three large satellites orbiting the Earth (Pegasus, Leo, and Dragon) power the EM Wave World that exists around the Earth's atmosphere, keeping the world networked. While the EM Wave World is normally invisible to the human eye, a special piece of eye-wear called the Visualizer (possessed by the series' protagonist) allows a human to see this other world. However, like with the cyber worlds of Battle Network, viruses (known as EM Wave Viruses) inhabit the EM Wave World, causing problems in everyday life.

In Battle Network, people operated Personal Terminals (PETs) to constantly interact with the network. Similar devices called Transers are used in the Star Force world. Transers are compatible with Battle Cards (the Star Force version of the previous Battle Chips), and when swiped through, they provide means to deleting viruses that infect the EM Wave World and other electronic devices. A group of Satella Police also exist, dedicated to stopping virus attacks and thwarting criminals who manipulate the EM Wave World in order to break the law.

Furthermore, there exists an alien planet known as "Planet FM," inhabited by extraterrestrial beings called FM-ians. FM-ians can traverse in both worlds, and also possess the ability to physically merge with human beings through a process called "Electromagnetic Wave Change". Other than lending a human the FM-ian's powers, this process also transforms an ordinary human into an "EM Wave Human," allowing him or her to freely operate in the EM Wave World (as well as cyber networks within specific electronic devices).

The protagonist of Star Force is Geo Stelar, the son of a famous scientist and astronaut. He has an encounter with a rogue FM-ian known as Omega-Xis who takes residency in Geo's Transer. When the two go through an Electromagnetic Wave Change they form an entity that is eventually known as MegaMan.

Whereas a large focus in the Battle Network series were the NetNavis (who are mostly based on Robot Masters from the Mega Man Classic series), Star Force focuses on FM-ians based on many real-life constellations. 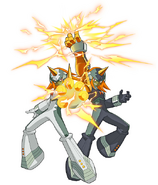 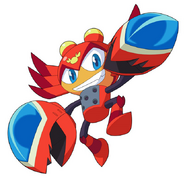 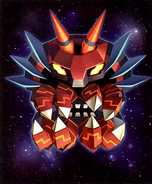 Andromeda
Add a photo to this gallery 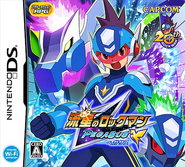 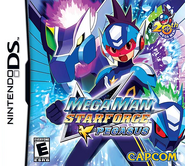 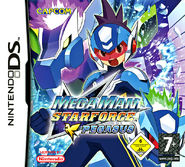 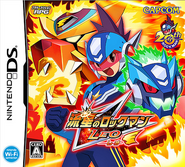 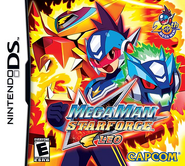 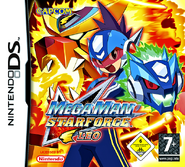 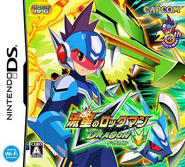 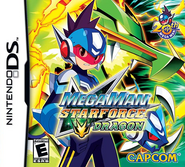 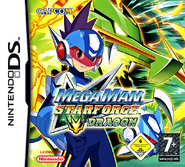 Dragon Europe
Add a photo to this gallery