Mega Man Legends (ロックマン DASH 鋼の冒険心, Rokkuman Dash Hagane no Boukenshin? in Japan, which means Rockman DASH: Adventurous Spirit of Steel), is the first of four games in the Mega Man Legends series, the third sub-series in the Mega Man franchise of science fiction platformer games. The 1997 game introduced the characters of MegaMan Volnutt, Roll Caskett and Tron Bonne, and was produced by Keiji Inafune. When it came out for the Nintendo 64, it was titled Mega Man 64. The game was re-released in 2005 on the PlayStation Portable only in Japan. 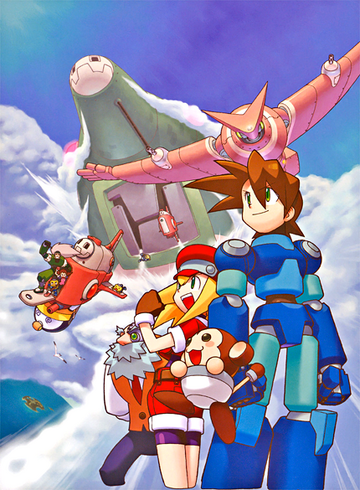 In the far future, much of the world is covered with water and people live on islands. The people here use ancient technology powered by refractors. In order to survive, people called diggers search for refractors and sell them for money and/or to power their flying machines for travel.

Eventually, legends of a treasure called the Mother Lode appeared. It was said that the Mother Lode had many powerful refractors and that, if discovered, it could power the world indefinitely.

MegaMan Volnutt is a digger searching for refractors and the Mother Lode when he, Roll Caskett and Professor Barrell crash on Kattelox Island. There, they must fight the Bonne air pirates and solve the island's many mysteries. 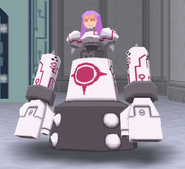 MegaMan Juno
Add a photo to this gallery 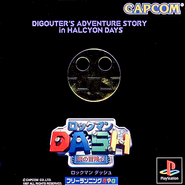 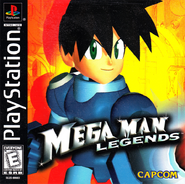 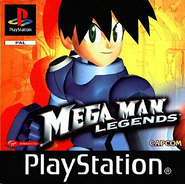 Japan PSP
Add a photo to this gallery 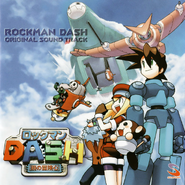 Expert Gamer Magazine Sept. 98
Add a photo to this gallery