Mega Man Battle Network 6 (Rockman EXE 6 in Japan) is the tenth game in the Mega Man Battle Network series, released in 2005. It is generally considered to be the final entry in the series, but it was followed by Rockman Legend of Network, a mobile phone game released only in Japan. Despite this, Keiji Inafune has stated in an interview that EXE 6 is indeed the last.[citation needed] As with the previous three games, it was released in two separate versions: Cybeast Falzar and Cybeast Gregar (Dennōjū Falzer and Dennōjū Glaga in Japan).

It takes place months after Battle Network 5, and Lan's father has been moved to work in Cyber City, forcing Lan to move there as well. He learns of two ancient and dangerous Net creatures known as Cybeasts, as well as the return of WWW who are trying to awaken the beasts. Lan must do whatever it takes to stop the Cybeasts before they destroy the Net. 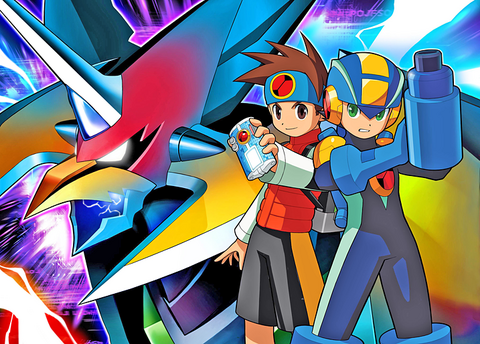 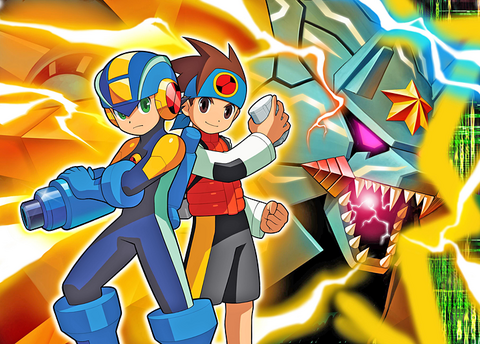 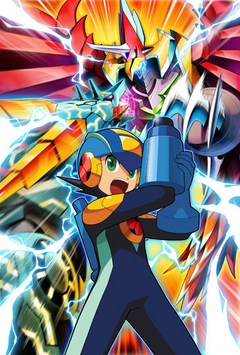 Lan and his family have moved to Cyber City. However, WWW has returned and is causing trouble that not even the Official NetBattlers can control, so MegaMan decides to investigate. Here, MegaMan discovers that the Cybeasts Falzar and Gregar have something to do with a mysterious conspiracy. When a WWW Navi, CircusMan.EXE, captures one of the Cybeasts, MegaMan absorbs the other Cybeast into his body. At first it seems that Baryl and Colonel.EXE were the culprits of the conspiracy, but later in the end he admits that he was working for Dr. Wily himself.

While Dr. Wily was raising Baryl when his own father was off fighting in a war, he was distracted from his plans of revenge. He also created Colonel.EXE, the "perfect navi" who had the ability to feel kindness and had powers of machine manipulation. However, once Baryl's father (his only true friend) was killed in battle, Wily began to feel the past thoughts of revenge and modified Colonel to become a military grade Navi. The other programs were modified into a separate Navi named Iris. She was to be a military control Navi, until she met Lan, who showed her that humans were not bloodthirsty killers.

As a precaution, Wily planted a program forbidding these Navis to merge by having them explode if they were ever to do so. To hatch his latest scheme, he built two enormous Copybots and installed the Falzar and Gregar Cybeasts in it, until Baryl decided what was truly right and began to battle one of the Cybeasts. MegaMan also began to battle the other Cybeast until, in a twist, the Cybeast took over MegaMan's body once again. Colonel and Iris began the risky merging and, with their heightened powers, they destroyed the Cybeast from MegaMan's body. However, instead of separating, they planned to sacrifice themselves to destroy the Cybeasts once and for all.

The futures of the main characters are revealed: Chaud leads a group of world-wide officials, Mick becomes a teacher, Tab makes his store a huge success, Dex is elected mayor of ACDC town, and Yai becomes president of her father's company. Also, Lan, now a scientist, is revealed to have married Mayl and they have a son named Patch. Lastly, MegaMan is revealed to be spending a lot of time in the real world via his Copybot. 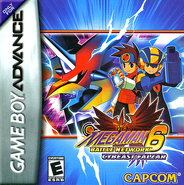 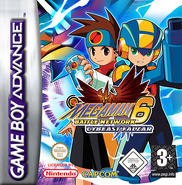 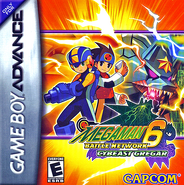 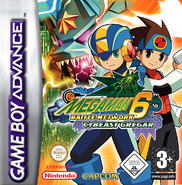