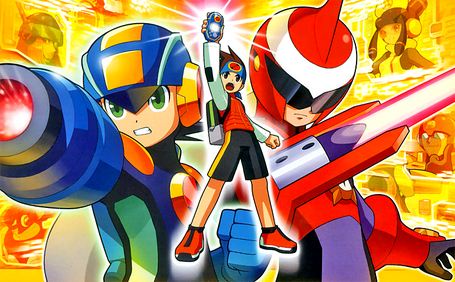 Gameplay in MegaMan Battle Network 5 is largely similar to that of its predecessors. The intrepid youngster Lan Hikari and his NetNavi (a sentient computer program) MegaMan.EXE must work to defeat the once-again-revived Nebula crime syndicate. Lan explores the real world and interacts with people and places there. When Lan jacks his PET (a handheld computer) into a computer with an interface jack (of which there are many), he can upload MegaMan to the cyber network. In that network, MegaMan can explore, but he is also threatened by viruses.

Also new to MegaMan Battle Network 5 are Dark Chips, super-powerful chips. While they appeared randomly in Battle Network 4 when MegaMan was badly damaged, they are much more like normal battle chips in this game, in that they can be added to the battle chip folder like any other chip. Their extra power comes with a price: every time MegaMan uses a Dark Chip, he loses one point from his maximum hit points, permanently. He can, however, use a Dark Chip for a Soul Unison; this is called a Chaos Unison, which is like a normal Soul Unison except that his MegaBuster is replaced with the effects of the Dark Chip he used for the Chaos Unison. While using this effect doesn't cause HP loss, it has to be done with careful timing, as charging with poor timing causes the Chaos Unison to end and an invincible, evil version of MegaMan to join the viruses and attack MegaMan for a short period of time using random battlechips. 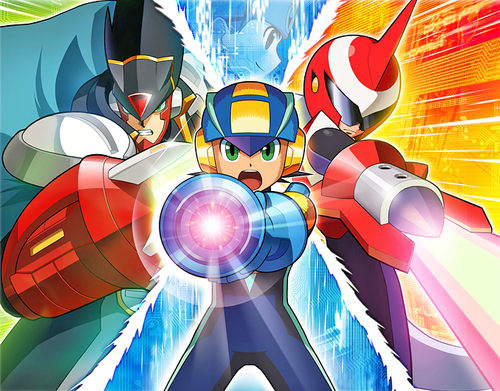 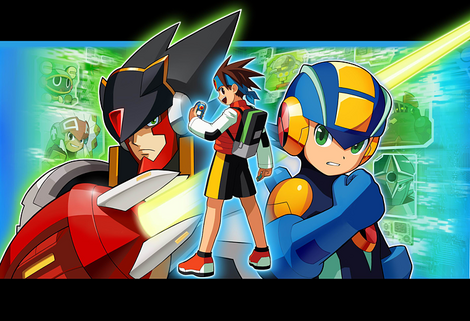 Lan Hikari and his friends, Dex, Mayl and Yai, are called to Sci-Lab headquarters for the revelation of the latest research project Yuichiro, Lan's father, has been working on. However, before he can reveal it to them, mysterious agents take over Sci-Lab, subduing everyone with sleeping gas, kidnapping Yuichiro, and stealing the PETs (and thus the Navis contained within) of Lan's friends. These agents turn out to be working for Dr. Regal and his crime syndicate Nebula, which has returned after being defeated in MegaMan Battle Network 4.

While Lan is unconscious, Nebula takes over the internet. To counteract Nebula's efforts, Chaud (in Team ProtoMan) or Baryl (in Team Colonel) form a secret, elite team of Navis, and Lan is wanted as the team's Navi operator, with MegaMan a member of the team. This team, which attracts new members as it progresses, liberates each section of the internet, revealing new secrets about both Nebula's plans and Yuichiro's research project. The membership of the team and how they join differs between the two versions of the game, but their roles are largely similar.

Nebula's latest plan, at first, seems to be the creation of Dark Chips, battle chips that corrupt the user. At one point, they even kidnap MegaMan, corrupting him and recruiting him by implanting a Dark Chip in him. This plan escalates, however, when Nebula corrupts the End City transmitter, causing NetNavis everywhere to act erratically and aggressively. It escalates further, when they spread microservers all over the net that cause people in the real world to act similarly. To complete this plan, however, they need Yuichiro's research project.

Starting with a clue from an encrypted message on Yuichiro's lab computer, Lan and MegaMan discover VisionBursts hidden in the net. These VisionBursts, virtual snapshots of ACDC Town, Oran isle,and Sci-Lab from the year of Lan's birth, turn out to have further clues to Yuichiro's research project. This project turns out to be the unfinished work of Tadashi Hikari, Lan's grandfather, and his research partner, Dr. Wily.

Their project is SoulNet, a network connecting the minds and souls of people and Navis everywhere. While Tadashi Hikari and Dr. Wily hoped to bring people together with this invention, Dr. Regal (who turns out to be Wily's son) plans to upload NebulaGray, a program composed of pure hatred, to SoulNet, to shroud the world in darkness. Lan's team infiltrates the Nebula base and reaches Regal just in time to see him upload NebulaGray. Lan retrieves his friends' PETs, his teammates rescue Yuichiro, MegaMan defeats NebulaGray in a final confrontation, and Yuichiro rescues an amnesiac Dr. Regal from the self-destructing base. It turns out that an unknown entity (suggested to be Serenade) re-activates and overloads SoulNet, causing Regal to lose the last 10 years of memory in his life. He thens moves on to working for Sci-Lab, having forgotten ever being evil in the first place. 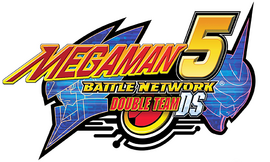 Nebula Gray
Add a photo to this gallery 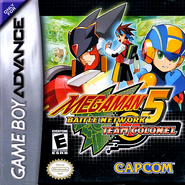 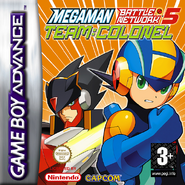 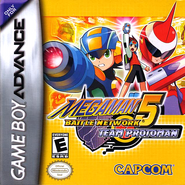 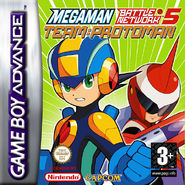 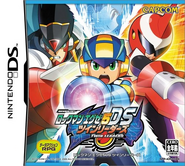 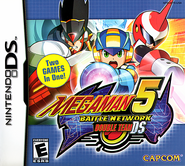 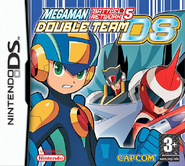