Scientists suddenly discover a massive asteroid hurtling towards Earth, having just passed Pluto. They scramble to alert their superiors against this new threat. Meanwhile, MegaMan and Lan Hikari have found themselves engaged in battle with a super-powerful Navi named ShadeMan.EXE. ShadeMan’s armor is too powerful for him to penetrate, but the foe first loses his weapon systems and is then also confronted by Protoman.EXE, so he hastily retreats. MegaMan notices that ShadeMan dropped an unknown chip. He and Lan are told by Higsby that it is a DarkChip, a chip that makes a Navi super-powerful, but also turns that Navi evil. They hold on to it, vowing never to use it.

Later that day, Lan comes home to find his mother on the floor in a gas-induced sleep. A note on his computer instructs him to surrender the DarkChip, or they will do more to his family. Lan and MegaMan go to an amusement park, where they meet ShadeMan again. He demands the DarkChip, which MegaMan destroys in front of him. ShadeMan engages MegaMan in battle. ShadeMan is still invulnerable to his weapons, until a powerful chip inexplicably appears in MegaMan’s inventory. When he uses it, ShadeMan is defeated easily. MegaMan soon realizes that he has used a DarkChip.

Lan and MegaMan next enter a series of netbattle tournaments. It is revealed to them that the tournaments are held to determine the world's strongest NetNavi. Because the asteroid is discovered to be computer-controlled, a NetNavi could travel there and halt its course. MegaMan is sent to the asteroid and, upon entering the asteroid's control room, meets LaserMan.EXE and Duo.EXE, the Operating System of the asteroid. Duo explains that he must destroy Earth, because it is full of evil. After this, Duo extracts Megaman's DarkSoul which is defeated by MegaMan. After a fight with Duo himself, Duo allows MegaMan to attempt a diversion of the asteroid. Try as he might, he is not powerful enough to divert it alone. Channeling the goodwill of the people on Earth, he is given the strength to move the asteroid away from the planet. Duo then agrees to leave Earth alone for several hundred more years. 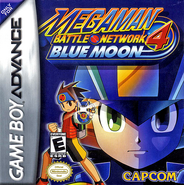 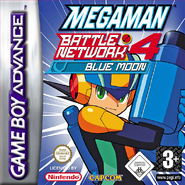 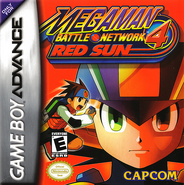 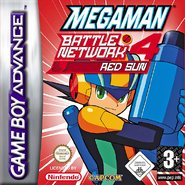