Mega Man Battle Network 2 is the second game in the Mega Man Battle Network series. Artwork and illustrations were done by Ryuji Higurashi. There are a few changes from the original game, such as MegaMan no longer healing automatically after each battle and the introduction of the SubChip, a device similar in basic concept to a battle chip, but one that can only be activated outside of battle. Also introduced was Style Change which affects damage received, attack damage, physical appearance, among other benefits. MegaMan may take on one of five Styles, each of which will also be aligned with one of four elements. He can store up to two styles in his memory at once and change out when not battling.

The general gameplay is essentially identical to that of the original Mega Man Battle Network game; indeed, the two games utilize a significant amount of the same graphics. However, Battle Network 2 introduces several new concepts that augment the original game-system.

In terms of health, Mega Man no longer heals fully and automatically after each battle. Furthermore, the game introduces the SubChip, a device similar in basic concept to a battle chip but one that can only be activated outside of battle.

Where in the original, a player had only one chip folder, Battle Network 2 introduces the possibility of alternate active folders, allowing players to easily customize their range of possible attacks to conform to multiple situations. Notably, chips used in one active folder are not available for the construction of a second, even though only one folder may be used at any given time. Up to three folders can be found in this game, and all are fully customizable. As in the previous game, folders may have up to five Navi chips each and only five of the same kind of any chip (the first game allowed up to ten of the same non-Navi chip).

Aside from the addition of new Battle Chips in general, Battle Network 2 expanded the old chip code system, which had previously been limited only to the alphabet. Some Chips could occur with an asterisk (*) as their code letter, a wild card symbol meaning the Chip can be used with any other Chip. This game is the only Battle Network game (besides 6) where it is possible (from one chip trader only) to get * coded Navi chips. There are now 250 chips possible in single player mode, with chips 251-260 possible only via NetBattling, and chip #261 (Sanctuary) earned when the player completes Hard Mode. Players can also now earn up to five stars on the title screen by completing major tasks in the game.

Additionally, players may access NetSquares in the game. These places serve as a sort of Town Square for NetNavis and their operators to relax, buy supplies, and exchange information.

One final change was the replacement of the old armor system, which only affected damage received, with a style system that affects damage received, attack damage, physical appearance, among other benefits. During the course of the game MegaMan may take on one of five Styles (Guts, Team, Custom, Shield, and Hub), each of which will also be aligned with one of four elements (Heat, Wood, Elec, and Aqua). He can store up to two styles in his memory at once and change out when not battling.

Starting with Battle Network 2, anytime a chip trader is used, the game will automatically save when the player receives their new chip. This is to prevent the player from cheating by simply soft resetting without saving until the chip trader gives out a desirable chip, which was possible in the first game. Another chip trader tradition that starts with this game and continues on for the remainder of the series is that there is one ten chip trader that will appear only upon completing Story Mode (yellow star), and gives out the best chips of all the chip traders. 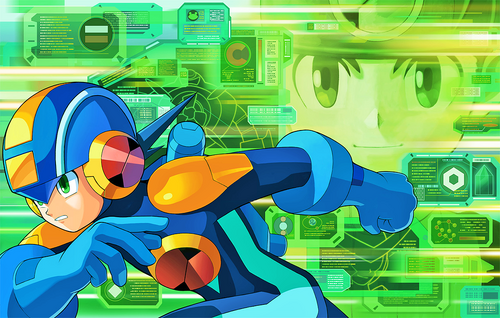 Three months following the events of previous main game, the story opens with the world in a time of peace following the defeat of the organization known as the WWW. However, NetCrime, as perpetrated by a "NetMafia" organization known as Gospel, is on the rise. Once again Lan Hikari (known as Netto Hikari in the Japanese version) and his NetNavi MegaMan.EXE become involved and work to defeat Gospel's plot to destroy society.

NetNavis Operators are given the chance to become City NetBattlers, a lesser form of an Official NetBattler, which Lan does, allowing him to travel around the world, both in cyberspace and in real life. In doing so, Lan befuddles Gospel's attempts to collect four particularly powerful computer programs, called simply SuperPrograms, on numerous occasions. However, Gospel is finally successful and uses these programs, in combination with computer bugs, to construct a "SuperNavi" of immense power. This Navi is a duplication of Bass, who appeared in the original game as a hidden boss and who plays a larger role in later games. However, after fighting MegaMan.EXE the Bass copy destabilized and transformed into a gigantic, wolf-shaped super Multi-bug Organism (also referred as Gospel) that heavily resembles the sixth game's Gregar. The energy needed to create this Navi causes unusual radiation, blending the Net and the real world together. This radiation eventually paralyzes Lan, effectively making him incapable of operating MegaMan.EXE, however the latter puts the two into full synchronization so that Lan may control MegaMan.EXE by thought and emotion, similar in concept to the final confrontation of the original game.

During the final battle it is revealed that the leader of Gospel is Sean Obihiro, a child who felt neglected by and resentful of society after his parents died in a plane crash. After defeating the Multi-bug Organism Gospel, Lan promises to be the boy's friend after he has paid for his crimes. After the credits, Bass is seen destroying copies of himself, and shows anger toward the human that made them (implying to Sean). He swears he'll exact his revenge on the humans and then disappears.

Mega Man Battle Network 2 sold 124,349 units in Japan during 2001 and has been listed by Dengeki Online as the 91st best-selling video game in the region for that year.[1] Famitsu sales data showed that the game was the 30th best-selling game of 2002 with a total of 344,230 units sold by the end of year. The magazine showed a total of 446,938 units sold in the country at that point.[2] 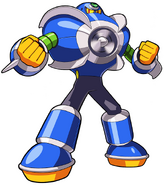 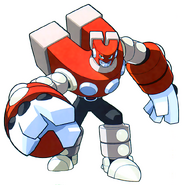 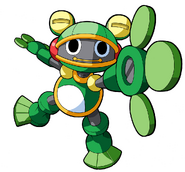 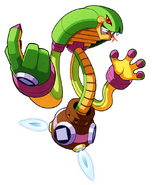 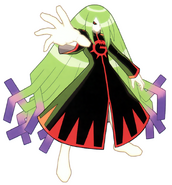 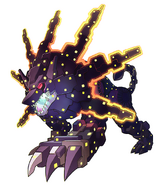 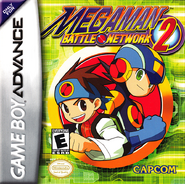