Mega Man Battle Chip Challenge, known in Japan as Rockman EXE Battle Chip GP (ロックマンエグゼ バトルチップGP?), is a card battle game developed by Inti Creates and published by Capcom for the Game Boy Advance. It is a spin-off title in the Mega Man Battle Network series of RPG games. The game saw a simultaneous August 8, 2003 release in Japan on the WonderSwan Color and Swan Crystal titled Rockman EXE N1 Battle (ロックマンエグゼ N1バトル?). The GBA version was localized in North America and Europe the following March. It was released on the Wii U's Virtual Console on July 30, 2014 in Japan,[1] with both the North American and PAL region release occurring in August 2014.[2]

Mega Man Battle Chip Challenge utilizes a different battle system from other Battle Network titles. In those games, the player may battle one or more enemies in real-time by utilizing special abilities called "Battle Chips" with the objective being to delete each enemy's hit points (HP). In this game, the player duels a single opponent simply by setting up 12 Battle Chips on a grid called a "Program Deck". The Program Deck has three columns of chips, with the first column having two chips, the second having three chips, and the last having four chips.[3] The game selects three chips at random on one of the grid's rows, and the player's Navi uses them consecutively, ending the turn with that character's signature attack.[4] Battle Chips have a variety of effects such as attacking, healing, and elemental status changes.[4] "Navi Chips" will even summon other characters into the battle for a short time. After setting the deck, the player has little control over the match. Battles progress almost completely autonomously for upwards of ten rounds while the player watches for results. At certain points during the fight, the player may "Slot In" two chips to change the outcome of the battle.[3][5][6]

One possible outcome of a turn is the destruction of an opponent's Battle Chips. Certain types of attacks not only do damage to an opponent's HP, but to their Program Deck as well, as each chip also has a set amount of HP.[5] The player can win fights not only by utilizing power, but by deleting an opponents entire deck, making them unable to fight. If ten turns pass and neither competitor has lost all of their HP, the game determines the winner based on how many chips are left in their decks.[4] The game also has an "Open Battle" feature in the game that allows the player to select a certain area with a set amount of consecutive battles to fight. Winning every fifth battle in one of these earns the player a new Navi Chip to use as well as a variable amount of "Zenny", the game's currency. Zenny can be used to purchase more chips from the character Higsby in the game's multiple shops.[6] The game contains six different playable pairs of operators and their NetNavis including Lan and MegaMan.EXE, Dex and GutsMan, Mayl and Roll.EXE, and Chaud and ProtoMan. There are also two new duos: Kai and Turboman, and Mary and Ring. A multiplayer feature allows up to two players connect their GBAs for battles.[5]

The plot of Mega Man Battle Chip Challenge involves the opening of a new netbattling tournament known as the "Battle Chip GP". Yai is sponsoring the event while the others enter it. Even Chaud enters the tournament, but only for official business. It turns out that there is some type of new organization behind the scenes of the tournament who will delete the winning Navi and take its data for themselves. 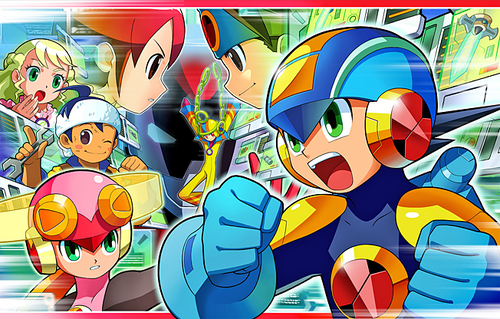 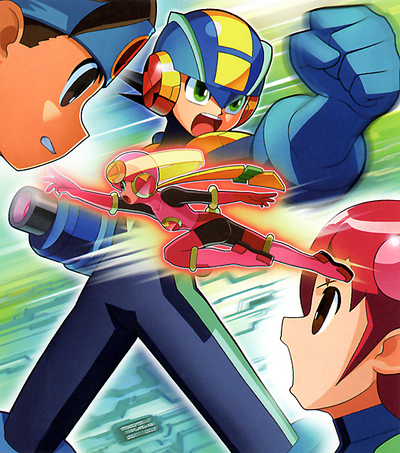 Mega Man Battle Chip Challenge was not well received by most reviewers, currently holding an average score of 51% on GameRankings and a 54 out of 100 on Metacritic.[11][12] Most reviewers such as IGN and GameSpy (among others) criticized the game for a lack of both player participation, and overall presentation. IGN even went as far as calling the it "quite possibly the worst game to bear the Mega Man name". Both reviews only praised the game's audio.[3][5]

The GBA version of Mega Man Battle Chip Challenge was the 22nd best-selling game in Japan during its release week at 7,403 copies sold.[13] A total of 44,844 copies of the game were sold in the region by the end of 2003 according to Famitsu.[14] 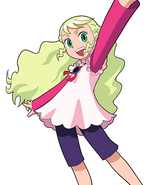 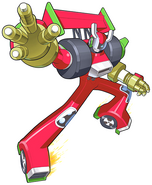 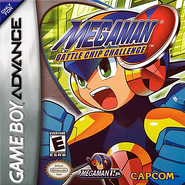 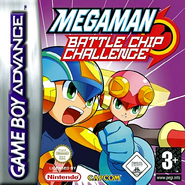