Mega Man 8, known as Rockman 8 Metal Heroes (ロックマン8 メタルヒーローズ, Rokkuman Eito Metaru Hīrōzu?) in Japan, is the eight main game in the Mega Man Classic series of action platformer games and was released in 1996 and 1997 for the PlayStation and the Sega Saturn. It was the only game in the series to be released on a CD-based console by itself. Upon its release, Capcom reached the franchise's 10th anniversary, and some limited edition copies of the game were packaged with a color history booklet, celebrating one decade of the series. It was produced by Mega Man creator Keiji Inafune.

Mega Man 8 is the second of four games in the series to feature FMV sequences, and was ported in 2004 to the PlayStation 2 as part of the Mega Man Anniversary Collection. 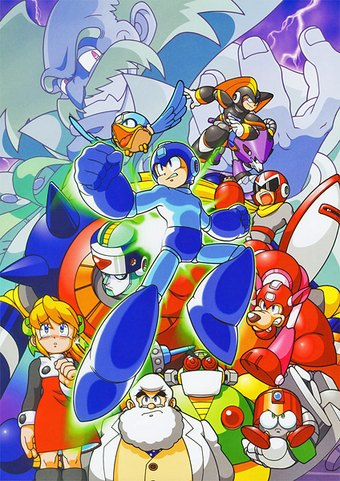 In the year 20XX, two alien robots engage in a climactic battle in the depths of space, the ultimate outcome of which causes them both to plummet towards Earth, critically injured.

Meanwhile, Mega Man and Rush are battling their rivals Bass and Treble, when Dr. Light calls Mega Man to investigate strange energy readings on a nearby island. On the island, Mega Man finds Dr. Wily, flying away with a strange purple orb. Before chasing him, he sees a damaged robot and asks for Dr. Light to pick it up and try to repair it. Dr. Wily then releases 4 new Robot Masters to combat Mega Man. Each time he destroys one, he receives a purple orb like the one Dr. Wily had. Each of the Robot Masters are empowered with a new energy that is unlike any that Mega Man has faced yet, and it seems that this power comes from the new energy cores that Wily has enfused within them.

After Mega Man defeats all four, he returns to the lab and Dr. Light tells him that the robot he found should be fine if he rests for a while. Additionally, he tells him that the strange new energy cores that they have found contain great power and that they must not fall into the hands of evil. After Dr. Light and Mega Man leave the lab, the robot wakes up, sees the purple energy, becomes enraged, and flies off into the distance. Mega Man follows suit on Rush. Mega Man finds him in a mine shaft on the other side of the globe, and after battling the robot, Proto Man shows up and tells Mega Man that Dr. Wily's new fortress, "Wily Tower," is just ahead. Mega Man goes ahead, but is captured by one of Wily's giant robotic creations. The robot saves him, introduces himself as Duo, and explains what his purpose is. He then quickly dispatches the gigantic machine.

Duo then explains what the energy is, calling it "Evil Energy." He says he has been traveling the universe tracking down this energy and trying to destroy it. Moreover, he says that they must destroy it as soon as possible or it will engulf the entire world. However, "Wily Tower" has a barrier around it that prevent him from taking out the source. Duo tells Mega Man to destroy the four other Robot Masters that hold the key to the barrier while he collects and extinguishes the rest of the world's Evil Energy.

Once the Robot Masters have been defeated, "Wily Tower's" barrier is lifted and Mega Man makes his way through it, defeating the hordes of robotic henchmen inside, including Bass and Treble, and ultimately, the evil doctor himself.

In the end, the "Evil Energy" is destroyed before it is allowed to spread throughout the world, and Wily's newest compound is destroyed... with Mega Man inside, trapped by the Evil Energy. We later see Mega Man on an open field, knocked out. Duo arrives, examining Mega Man and determining that he's corrupted by the Evil Energy, and that it's killing him. He attempts to help Mega Man recover, searching his thoughts to see if his mind is taken over by the evil. Fortunately, it hasn't been taken completely, and Duo seemingly destroys the last of the Evil Energy on Earth. Leaving Mega Man in the care of Proto Man, Duo leaves Proto Man with a message to give him when he wakes up: "Thank you." 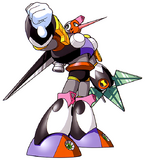 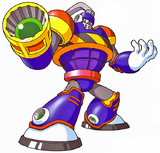 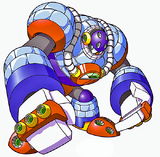 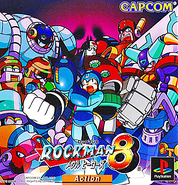 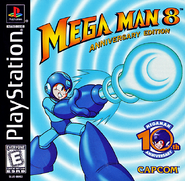 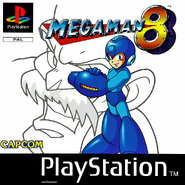 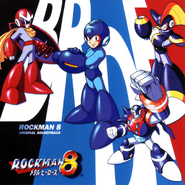