1
Mega Man 3 is the third game in the Mega Man Classic series of action platformer games, released in 1990, and is notable for the introductions of Proto Man and Rush, Mega Man's robotic canine companion. Tokuro Fujiwara returned as the producer. Composer Yasuaki Fujita, also known as "Bun Bun", was assigned to the soundtrack.

Mega Man 3 retains the platforming and action game elements established by the two Mega Man games released before it. The player controls the protagonist Mega Man as he traverses eight selectable stages. The player's primary blaster weapon is used to fend off the game's numerous enemies. Several power-ups can be picked up in each stage, including life energy, special weapon ammunition, extra lives, and "E-Tanks", which are stored and can be selected to completely refill the player's life energy. At the end of every stage the player must defeat a Robot Master boss: Magnet Man, Hard Man, Top Man, Shadow Man, Spark Man, Snake Man, Gemini Man, or Needle Man. Each Robot Master features a unique weapon and stage related to the weapon's power. After defeating a boss, their signature weapon is added to Mega Man's arsenal. The Robot Masters are weak to the weapons of certain other Robot Masters, allowing the player to ease the boss battles by clearing some stages before others.

Mega Man 3 is the first Mega Man game to feature the slide maneuver, which lets the player slip under enemy attacks and low-level barriers. After completing certain stages, Mega Man can access new abilities in his robot dog companion Rush. Rush's transformations include the "Rush Coil" for jumping higher, the "Rush Jet" for flying around the screen, and the "Rush Marine" for traveling underwater. Throughout the various stages the player encounters Proto Man (as Break Man), a mini-boss who, once defeated, will open passageways for the player to advance. Mega Man 3 also expands upon the two preceding games by having additional stages set between the initial eight Robot Masters and the linear stages of Dr. Wily's fortress. A password system can be used to return to the game with most of the stages completed.

In the year 200X Dr. Wily claims to have reformed and works with Dr. Light on a project to build a peace-keeping robot named "Gamma." However, the eight Robot Masters that the two scientists had designed in order to help maintain peace go berserk, and make off with the eight power crystals. Once again, Mega Man is called into action, but this time with a trusty canine companion named "Rush," to go after them and retrieve the crystals, located on various mining planets in space.

Proto Man, Dr. Light's first creation, also finally returns after a year in hiding to "train" Mega Man by dueling him in various locations throughout his journey, but if Mega Man comes out the winner, he will open up the path forward to him. Proto Man disguises himself as "Break Man" prior to the Dr. Wily Stages (otherwise he is undisguised).

Upon defeating the main Robot Masters, four new levels open up, which are new versions of the levels they replace. Overall, these new levels are similar to the levels they replace, except much harder, for instance the new Spark Man level, features falling down a spike-lined shaft. In these levels, Mega Man is confronted by new robots called Doc Robots (one about half-way through the level, the other at the end), which take on the abilities of the Robot Masters of Mega Man 2.

After Mega Man is victorious over the eight Robot Masters and the Doc Robots, he confronts and battles "Break Man". After the duel, he teleports out and returns to the lab, where Dr. Light tells him that Wily has stolen Gamma and, of course, that Mega Man must pursue him immediately before he can wreak havoc with the massive war machine. Mega Man goes to Wily's new Skull Compound and, after defeating some new foes (including several clones of himself), he faces Gamma, who is under the control of Dr. Wily. Upon defeating him, the fortress begins to destabilize. Parts of the ceiling fall on Mega Man and Wily, but a red figure descends through the dust and rescues Mega Man. Wily has seemingly met his demise.

When he awakes, he finds himself in Dr. Light's lab. Dr. Light explains that he found Mega Man lying there when he came in. He then wonders aloud who brought Mega Man there, but before he has even finished his third word, a whistle splits the air, leaving no doubt in either Mega Man or Dr. Light's mind who was responsible for saving Mega Man. It appears that Proto Man is not evil after all.

Dr. Light takes Mega Man to a work table where he shows him a notebook that is filled with designs of Proto Man, confirming that Proto Man was the prototype master robot, and Mega Man's "brother", so to speak. 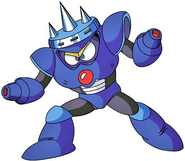 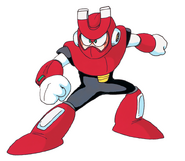 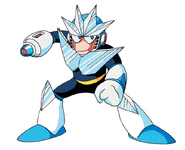 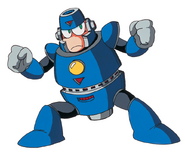 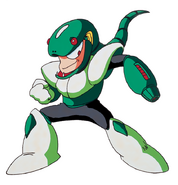 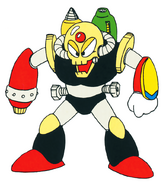 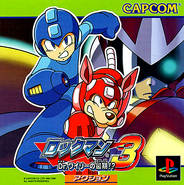 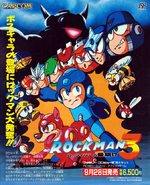