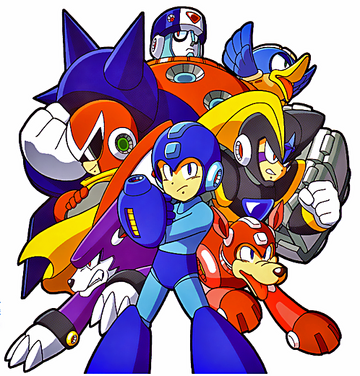 Much of the fighting system remains the same as its prequel, Mega Man: The Power Battle, but with new features included.

Each character has a "special attack" they can perform by charging their weapon fully, holding up then releasing the shot. Mega Man will perform the Mega Upper, a spiraling uppercut. Proto Man will unleash the Proto Strike, a short ranged flare. Bass will perform a somersault kick named Crescent Kick. Duo will use Giant Knuckle, launching his energized hand upwards (If the player presses the jump button after Duo does so, he will jump into the air and smack the enemy back down).

From time to time, Eddie drops by automatically, leaving a Support Item on the ground. Players can collect it to temporarily summon a robotic support. As long as these powers are active, however, no Special Weapons can be used. Mega Man and Bass receive support from Rush and Treble, respectively. When they fire a Charge Shot or use a special attack, the support will also attack. Mega Man can also jump on Rush to perform a higher jump. Proto Man and Duo receive a shield from Beat that gives them immunity to damage.

"It's a disaster: Doctor Light's lab has been attacked by Doctor Wily, and stolen some crucial new parts for robots. And, if it weren't bad enough already, he has taken Roll as a hostage! Mega Man and Proto Man go to stop Wily and stumble upon Duo, the big alien robot, who is willing to help. And Bass, still angry that Wily has revived more Robot Masters, again teams up with the good side to destroy the enemies..."

Like The Power Battle, each character has an epilogue once the player beats the game. However, in The Power Fighters, the epilogues are more detailed and have more to do with past and future Mega Man games, providing vague explanations regarding characters and canon, most notably the Evil Energy incident from Mega Man 8 and how Dr. Wily created Zero from the Mega Man X series. 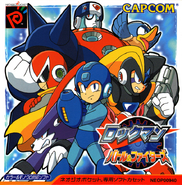 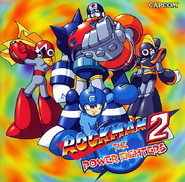