Mega Man & Bass, known in Japan as Rockman & Forte (ロックマン&フォルテ, Rokkuman ando Forute?), is a main game in the classic Mega Man series of action platformer games. It takes place after Mega Man 8 and was produced by Keiji Inafune.

The original Super Famicom version of Rockman & Forte was marketed exclusively in Japan in 1998, and was one of the final third party titles for the console. The story was changed slightly from the Super Famicom version to meet with the timeline of taking place after Mega Man 8. Before an English title was announced for the game in 2001, fans thought of Rockman & Forte as Mega Man 9.

Until the release of the "real" Mega Man 9, this was considered the last game in the Mega Man Classic series with the exception of its somewhat sequel, Rockman & Forte: Challenger From The Future, which was released only in Japan (the recent Mega Man Powered Up for the PlayStation Portable is simply a remake of the original Mega Man).

The gameplay in Mega Man & Bass is similar to earlier games in the series. The player is tasked with completing a series of action-platform stages while overcoming obstacles, solving minor puzzles, and battling enemies. Destroying the "Robot Master" boss at the end of a stage lets the player acquire its special weapon. In previous games, the player generally took on the role of Mega Man. In this game, the player can choose to start the game as either Mega Man or Bass. However, whichever character is picked must be used for the rest of the game and cannot be changed. Mega Man is able to charge his shots to make them more powerful and has the ability to slide along the ground. Bass is able to rapidly fire his arm cannon in eight directions, though shots cannot be fired while moving or pass through walls unless a certain upgrade is obtained. Bass is also able to double-jump (jump a second time in mid-air) and dash along the ground. Performing both simultaneously lets him cross great distances by doing a dash-jump.

The stage structure is different from other games in the series. After the introduction level, the player can only choose between three Robot Masters. Defeating Cold Man unlocks Burner Man and Pirate Man; defeating Astro Man unlocks Dynamo Man, Tengu Man, and Pirate Man; and defeating Ground Man unlocks Magic Man and Tengu Man. Clearing one of these unlocked stages opens the way to a security room where the player must destroy a series of crystals with obtained Robot Master weapons. Bypassing all eight crystals opens the way to the fortress stages.

In a similar fashion to previous installments in the series, enemies often drop bolts after they are destroyed, and these can be exchanged for various restorative items and upgrades. However, unlike in Mega Man 7 the security cavern offers a way to obtain large amounts of bolts without having to repeatedly visit stages. Some upgrades are unique to either character, such as Mega Man's ability to call on his dog Rush to search for items, or an adaptor for Bass to combine with his wolf Treble to temporarily fly. Also distributed throughout the introduction and Robot Master levels are a collection of 100 data CDs that contain information on many prominent characters in the series. Most of the CDs are hidden either behind obstacles that need to be destroyed with a special weapon or accessed with a character-specific ability, making it impossible to collect them all on a single playthrough. CDs collected in each playthrough are permanently placed in a database and remain unlocked after beating the game. Saved games are used in place of the series' traditional password system. 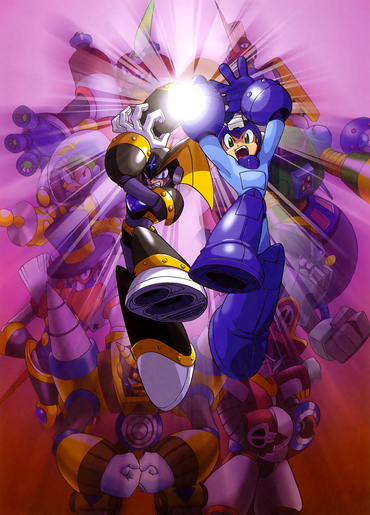 In the year 20XX, after a year of peace since the emergence of the "Evil Energy" on Earth and its use by Dr. Wily to build extremely powerful robots to take over the world, a new villain arrives who goes by the name of "King."

At first the goals of this new, arrogant being seem unclear, but after a while they become quite certain. King desires to create a utopia in which robots will be able to live in peace and harmony. The only problem with this goal is that humans are left out of the picture, and as far as King is concerned, they are the enemy.

King desires to build a massive army of robots with which to build his utopian world, so he breaks into the Robot Museum and collects all of the Data CDs upon which the information of the creations of Dr. Light and Dr. Wily are stored.

Even though he is a pacifist by nature, Mega Man has a strong sense of justice and knows that King's goals are against everything that he and Dr. Light stand for. Dr. Light tells him that he must go at once to the Robot Museum and put a stop to King's plans before they get out of hand.

However, Mega Man is not the only one who has a bone to pick with King. Bass, Dr. Wily's most powerful creation, is quite upset with King proclaiming to be the most powerful robot in the world. Bass, who is quite arrogant himself, decides to prove that he is the strongest of them all by tracking down and defeating King before his rival, Mega Man, can.

Rockman & Forte: Challenger From The Future[] 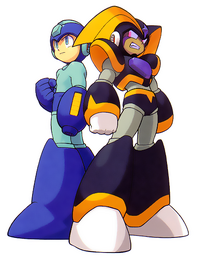 In the year 20XX, a group of robots from the future calling themselves the Dimensions attacked Symphony City, a city where people and robots lived in peace. Though without any witnesses, the one leading the Dimensions with overwhelming power was a robot like Rockman, who named himself Rockman Shadow. He was said to be a dark and wicked person completely obsessed with destruction. Rockman, who heard this news at Dr. Right's laboratory, took off to the scene despite being under maintenance. At the same time, Dr. Wily saw the dark Rockman, and to ascertain the mystery he sends Forte to the city...

Similar to the previous game, two characters are available for play: Mega Man and Bass. Mega Man handles like previous games in the series, combining charged attacks and sliding across the ground. Bass, like in the previous game, can fire rapidly in set 45-degree angles, and has dash and double jump abilities. A notable part of the gameplay is that the Robot Masters in this game do not have an invincibility period after being hit, allowing the player to continuously attack them if possible. Another point is that there are only five weapons to be obtained, with one Robot Master not surrendering a weapon for the player to use.

The Bolt system also makes a comeback, with various parts and equipment able to be bought. Both characters have items that only work for them, such as Mega Man being able to summon Rush, Eddie, Tango and Beat. Bass can summon Treble and Reggae.

Credits [Challenger from the Future][] 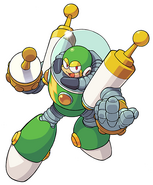 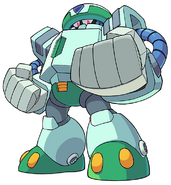 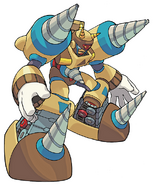 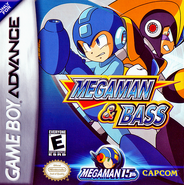 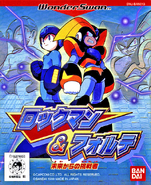 Challenger From the Future Japan WS