Maximo vs. Army of Zin 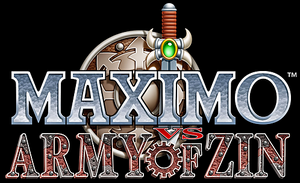 Maximo vs. Army of Zin (魔界英雄記 マキシモ ～マシンモンスターの野望, Makai Eiyūki Makishimo: Mashin Monsutā no Yabō? in Japan) is an 3D action-adventure platform game developed and published in 2003 for the PlayStation 2 video game console. This title is a spin-off in the Ghosts 'n Goblins franchise and the sequel to Maximo: Ghosts to Glory. Like the previous game, art was handled by Susumu Matsushita.

Maximo's gameplay is characterized by "hack and slash" and platforming, as well as an armor system borrowed from the Ghosts 'n Goblins games, where damage is reflected by loss of armor. Maximo begins the game with two levels of armor (full armor without a helmet), and can upgrade to three and four (with helmet and golden armor, respectively). The lowest level has Maximo reduced to his boxer shorts.

An element of gameplay different from Ghosts to Glory is the Grim transformation, allowing the player to turn into a Grim Reaper with the souls gathered from the Army of Zin for short periods of time. Grim is invulnerable, powerful, and a bit faster than Maximo. The limited time spent in this form can be extended through upgrades.

Maximo also receives bonuses from villagers that he saves from enemies in the game, which could be anything from new armor to keys that unlock gates or chests. 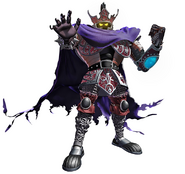 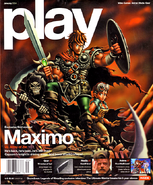