Makoto Tsuchibayashi (June 30, 1971) is an artist and character designer best known for his work on Devil May Cry and Sengoku BASARA. He became a freelancer after leaving Capcom in 1999, doing work on three games published by Sega. However, he still worked with Capcom on the Sengoku BASARA series until Samurai Heroes. He was born in Osaka, Japan. 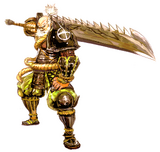 Art of Nagamasa Azai and Oichi.

Art of Kasuga and Kenshin.

Art of Kasuga and Sasuke.
Add a photo to this gallery 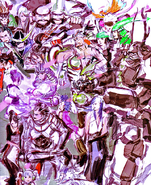 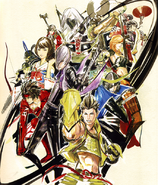 Sengoku BASARA 15th Anniversary
Add a photo to this gallery

Retrieved from "https://capcom.fandom.com/wiki/Makoto_Tsuchibayashi?oldid=138692"
Community content is available under CC-BY-SA unless otherwise noted.