This article discusses about the schools and organizations involved in the events of the Rival Schools series of 3D fighting games. 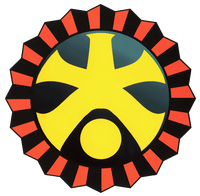 "The High School that Loves Freedom"

A (possible) private school in Aoharu that currently consists of a middle school and a high school. The latter division has 720 students enrolled as of the events in the games. The average ratio of homeroom classes per grade is six-to-one (6:1), making this school a bit of a small-scale school. The school has rather conservative uniforms, but the children don't raise too much of a fuss about wearing them.

The school's motto is "A liberated school tradition that yields carefree students", giving consideration to the individuality of each student. Aside from the entrance examinations that assess the students' individuality, interviews are also conducted that assess their excellence in extra-curricular activities. Basically, this school aims to give students freedom in their lives.[1]

In Project Justice, Vatsu has been also classified under Taiyo High's representing characters. 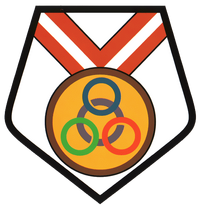 Gorin High is a private school aimed at producing the best athletes that can compete at the national level. As of the events in the games, the middle school has 900 students enrolled; and 1,800 students enrolled in the high school division.

The school places sports as its top priority, wherein athletic ability and character determine if an individual is worthy enough to enroll in Gorin, instead of the entrance exam results. Scouts are scattered all over the country to look for individuals who have shown outstanding athletic performance during their junior high years, so that the said individuals can be given a chance to enroll. The school's motto is "A healthy mind, a strong body, and Olympian training".[1]

With the events of Project Justice, the number of high school graduates was more than what many P.E.-centered colleges and universities could accommodate, which led to the educational institution establishing a university of its own. Just like Gorin High, the university aims to produce world-class athletes, as well as sporting doctors and trainers. On top of that, two clubs (sports medicine and physiology) were founded, which made the university ensure a complete sporting education curriculum for its students.

As of Project Justice, Nagare Namikawa is the only known character in the game to represent Gorin University, although Shoma's brother, Shuuichi, has been mentioned having enrolled here as well.

Outside academic matters, this school has a serious, hostile rivalry with Gedo High.[1] 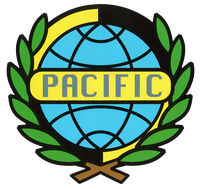 Pacific High is located in a harbor town next to high-rise living quarters, and is also near a US military base. The school's student population is small, though, at a count of only 500. The reason behind this, however, is justifiable: The students enrolled here are children of high-profile Americans studying here as exchange students. The said students' parents are mostly ambassadors, high-ranking military officers, politicians, and other high-profile figures back in the US. The school's motto is "Circulate élite education through the world using culture and sports".[1] 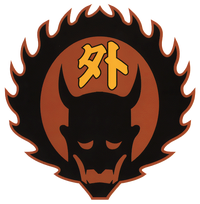 Gedo High is an all-male school located beside an industrial area on the Yamato river. The student population consists of 320 freshmen, 160 juniors, and 80 seniors. The school's motto is "Gang morals and perseverance", and their objective is "One person will force a lot of graduations".

Before the currently-known status of this school, Gedo High used to be a high-profile school that equally promotes excellence in both academics and martial arts, aiming to raise fine Japanese men. But now, it has degraded to an institution that makes use of "lessons that drill the mind" to raise "people who don't drift from the way of the people", making it look like a correctional facility of sorts, seeking to rehabilitate bad guys from all over the country. As of late, though, the number of students enrolling in Gedo has been declining, alongside the industrial area that is also continuing to decline and facing danger of becoming obsolete at any time.[1]

Outside academic matters, Gedo High has some bad-blood issues with Gorin High.

As the name tells it, Seijyun High is an all-girls school, located on a small island in the middle of a lake. Student population statistics are unknown, and almost every student studying here lives in the school's dormitories until graduation. Most of the students studying here come from well-to-do families. The school's principal is notorious for being strict on allowing leaves of absence requested by students. The only times that students can leave the school's confines without the need for admin consent are: summer and winter vacations, and the first and last days of the year.

The school's motto is "Raise women who display feminine virtues and the time-honored traditions of Japan within themselves". Obviously, the motto is a reflection of its conservative and overtly strict policies, as seen with respect to modern standards of society.[1] 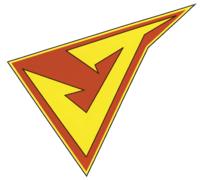 Located close to a mountain quarry, Justice High's students live in dormitories, and are not allowed to go home until graduation. The academic curriculum is rigid, with the lessons taught aimed at changing the content of one's personal ability; and study schedule is determined by the dorm management. Students are classified according to their degree of ability and overall competence; and as such, there are 10 class levels labeled A to J.

The school's motto is "A sound mind and body build excellent abilities". The school admits talented students from all over the country, but there is a rumor going around that some of them like the students, including the teachers were actually 'kidnapped' to secure their admission into the school.

Apparently, the rumors of kidnapping the students from other schools are true, as the school was under the DSO's influence to brainwash all students and teachers around the world as a mindless soldier to enact their evil plan, until the main core within Justice, such as the Iwamanos, Hyo, Kyosuke Kagami and Raizo, defected as they plan to reform the school for the greater good.[1]

Kyosuke Kagami, despite officially as a Taiyo High student was once count this, due to his alleigiance with his older brother, and acted as a spy within Taiyo High, until he officially become a full fledge student in Taiyo High.

Not much is known about this school, aside from the fact that Sakura Kasugano, childhood friend of Hinata, studies here. In the Rival Schools games, Sakura is actually a crossover character from the Street Fighter game series. Sakura's rival, Karin Kanzuki also attends this school, but despite her attendance she calls the school a "school for commoners", with "commoners" meaning the middle and lower classes.[1]

There have been no organizations that were explicitly mentioned in United by Fate; the existence of such were mentioned only in Project Justice.

Unknown to many, most of the Imawano clan members (including Hyo, his younger brother Kyosuke Kagami, and their uncle, Raizo, except for Batsu) belong to this organization, otherwise known as the "reverse society". The organization had a bold and brazen ambition: to rule the world. And the first steppping stone would be successfully taking over Japan. But, with news of Raizo, Kyosuke and Hyo's defeats and their defection to side with the greater good reach the organization, the plan to the ultimate goal had been temporarily put on hold for a detour mission: to exterminate all Imawanos, whether they were bona fide members of the DSO or not. This meant that Batsu and Kyosuke would not be spared from the DSO's demented plan.

Unknown to the organization itself, one of its members has something else in mind...[1]

Founded by Kurow Kirishima, an assassin working for the DSO. He, like the rest of the organization, also plans to have total control of Japan. The only difference is that he wants to have that ruling power all for himself. To ensure the success of his personal plans, he had his sister, Yurika, and Momo join him, thus forming the Darkside Student Congress. Later on, he would brainwash Daigo into doing his bidding, giving rise to Wild Daigo.[1]

Retrieved from "https://capcom.fandom.com/wiki/List_of_schools_and_organizations_in_Rival_Schools?oldid=130081"
Community content is available under CC-BY-SA unless otherwise noted.