Capcom Database
Register
Don't have an account?
Sign In
Advertisement
in: Games, Beat 'em up Games, Historical Games,
and 10 more

Knights of the Round 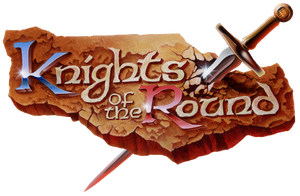 Knights of the Round

Knights of the Round is an arcade game released in 1991. It is a side-scrolling beat 'em up based loosely on the legend of King Arthur and the Knights of the Round Table. The game features an RPG-like level advancement system, with fighters getting new weapons and armor as they advance through the playthrough. However, the player cannot choose how to upgrade his/her character - the level up system is static.

The gameplay is very similar to other Capcom beat 'em ups, such as Final Fight, but closer to The King Of Dragons released the same year due to the emphasis on armed combat and fantasy themes in the latter, as opposed to hand-to-hand grappling combat in the former.

There are 7 stages, each with its own boss ranging from the poleaxe-wielding knight known as Scorn (billed as the "First Challenge") all the way up to Garibaldi, the golden-armored final boss. The fantasy element of the game is clear in foes such as the magician enemies, Muramasa the fiendish samurai warrior that serves as the boss of Stage 6, and the mechanical Iron Golem that appears as a mini-boss halfway through the last stage of the game.

Blocking an attack is executed by hitting the attack button, then pressing away from the enemy. As in most beat 'em ups, a desperation attack is performed by pressing both the attack and jump buttons simultaneously. This knocks out most enemies on the screen, but the player loses a little bit of health every time he uses it. At various points, the players get to ride a horse, where they can attack enemies on horseback. The horses can stomp on enemies by pressing two times forward.

The highest level a character can obtain in the game is 16, although there is only enough experience in a play-through to allow one character to reach that level.

Large items of treasure such as chests, platters of food and sets of crockery can be struck and split into smaller items that usually amount to a higher value in points. In rare cases, they are replaced by a special bonus such as an extra life or a magical scepter which instantly raises the character's level. A magic scepter does not raise the point requirement for the next level until a character uses both lives and continues (in the SNES version).

Legend says the man who pulls the sword Excalibur from the stone, is destined to be king. And so it was that Arthur, a young knight, pulled the sword from the stone and claimed his birthright. But none of the other lords and knights would follow the "boy king" and the land quickly began to wither and die.

At last Arthur turned to Merlin for guidance and advice. Merlin explained that only the Legendary Grail holds the power needed to unite Britain under Arthur's rule. Lost for ages, the grail would heal the rift between the land and the one true king and will bring prosperity to the land and to its people.

So, with aid of his trusted friends Lancelot and Percival, Arthur set forth on his quest to dispel the evil from the land and to reclaim the lost grail... 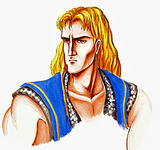 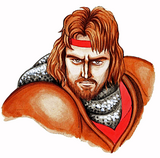 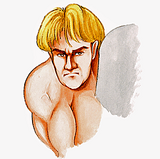 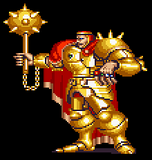 Knights of the Round Arcade Multiplayer Gameplay