Kevin is an officer of the Raccoon City Police Department. He possesses superior athletic abilities, and is an outstanding marksman. An all-around good guy, he's a dyed-in-the-wool optimist who doesn't dwell on petty matters.

While his happy-go-lucky personality occasionally works against him (a contributing factor to his two failures in the S.T.A.R.S. selection process), his personal dedication and drive to help others brought him to the attention of Police Chief Brian Irons, who eagerly accepted him into the newly formed Select Police Force.

Kevin is athletic, good with firearms and an avid car lover. J's Bar is Kevin's favorite haunt, where he spends much of his time attempting to flirt with waitress Cindy Lennox. Ryman's can-do attitude tends to grate on all but the most optimistic of individuals.

Jim Chapman and Alyssa Ashcroft share a mutual dislike of Kevin, while Mark Wilkins loathes him openly, seeing in him all the arrogance of his own youth. Despite their attitudes towards him, Kevin is determined to do his duty and see the small group of survivors to safety. He seems to have had a budding friendship with Leon S. Kennedy, but this is never fully explained.

During the Outbreak, Kevin wore his S.P.F. uniform with black boots and gloves.

His unlockable Alternate Outfits include a cowboy costume from Outbreak (called "Six Shooter"), and a casual outfit consisting of a plaid shirt and blue jeans (called "Lone Wolf") from File 2.

Kevin is a character for players who are not scared to get their hands dirty. He has arguably the least utility out of all other characters in the game and only gains unique benefits when NPC's or other events are layed out specifically for him in the level.

Keven can be considered the team leader. He has the potshot ability only shared by Alyssa, however his is stronger. Unlike Jim, Kevin doesn't depend on luck or gimmicks to reach his full potential. Unlike the utility females of Cindy or Yoko Kevin isn't slowed down significantly by barricaded objects due to his abilities. His ability with weapons (especially fully automatic) are second to none as he doesn't deal with as much recoil.

The uitlity females benefit greatly from having Kevin as a partner. Cindy offers the most back to Kevin, as he is bound to take hits she can use her extra herbs to heal him. While Yoko doesn't do much for Kevin due to her backpack not helping him much due to his lack of unique acquirable items compared to others and the fact he has his own weapon and his own slot for ammo for said weapon he doesn't benefit much from her. However she does benefit greatly from having him as he can protect her with his much better movement and handling of weapons, protecting her from crawl bypass enemies like the window zombies, and being quickly picked up after she falls. George in general has better traits than the utility females but still falls far behind Alyssa and most other male characters and can create medicine for Kevin. Of note the growth stopping pill is very beneficial to Kevin as he has the third highest growth of infection in the game, he has a total of 82 minutes playtime before he will die (this goes down if he takes hits). Kevin also benefits from the stackable heal medicine George can create, letting him hold more healing items than First Aid Spray and Herbs will allow. Others such as Mark and Alyssa do not tend to benefit as much in terms of synergy with Kevin due to being able to defend themselves just fine, especially Mark with him being the only character who has more HP than Kevin at 3000 and also starting with his own (albiet weaker) Handgun.

Kevin has the fastest movement speed in the game. Also unlike Alyssa who suffers due to the gender coding included in the game his actions such as Tackle do not suffer as a result. Unlike the girls and Jim Kevin has no avoidance actions and instead trades the utility for a Kick. An action that can make regular enemies a non issue especially if the Kevin player is trying to get around rather than fight, however in combat even without a weapon Kevin tends to be one of the best due to the ability. His Pot Shot allows Kevin to get the most bang per buck per shot at the expense of additional aiming time (Only Jim can get more damage without taking extra time assuming he gets three heads) meaning he is a huge Ammo saver.

Kevin's biggest disadvantage is his health infection rate. His is among the highest of the cast. He does have the second highest total health just under Mark so crawling shouldn't be too much of an issue, especially true if Cindy or George are allies. As a complete contrast to Yoko and Cindy he isn't as vulnerable to the window Zombie or Gamma hunter, however hits or bites from any enemy will increase his infection and lower his overall play time so taking hits in general is ill advised. 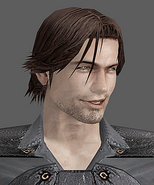 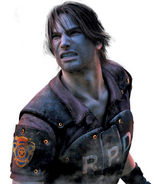 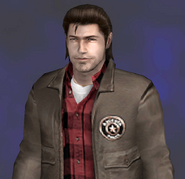