Keiji Maeda is a wind-element character from the Sengoku BASARA series, debuting in Sengoku BASARA 2. His weapon of choice is a ludicrously oversized ōdachi.

Keiji is a young, fun-loving, wild wanderer. Though he is the nephew of Toshiie Maeda, he isn't tied down to the Maeda clan. He is very close to Toshiie and his auntie Matsu, though Toshiie believes him to be immature. Keiji believes in the power of love, and is frequently seen dancing merely for the joy of it. Keiji has a great fondness for sake. He travels with his famous mount Matsukaze and his pet monkey Yumekichi. In battle, Yumekichi is able to fetch things at Keiji's command, usually things that can aid him. On rare occasions, however, the devilish little monkey may return with something that induces a negative status or even dangerous, like a bomb.

At one time, Keiji had a friendship with Hideyoshi, but this had been strained by Hideyoshi's thirst for power and ended when he killed his first love, Nene. To add insult to injury, when he finally encountered Hideyoshi again in Sengoku BASARA 2, the towering giant dismissed the whole thing as trivial. 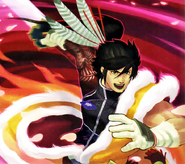 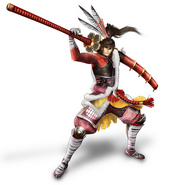 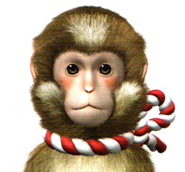 Wallpaper
Add a photo to this gallery
Retrieved from "https://capcom.fandom.com/wiki/Keiji_Maeda?oldid=137859"
Community content is available under CC-BY-SA unless otherwise noted.