This article is about the Resident Evil character. For the Street Fighter character, see here.

Ingrid Hunnigan (voiced by Salli Saffioti) is a supporting character in the Resident Evil series of survival horror games.

Ingrid was Leon S. Kennedy's only US Secret Service link during his mission to rescue Ashley Graham in Resident Evil 4. She provided the player with general gameplay tips and hints between chapters early in the game. Leon loses contact with Hunnigan after he first enters Salazar's castle, in which the communication line is hijacked by Los Illuminados. Salazar (and later, Saddler) takes over the transmission to taunt Leon between missions. Leon does not regain contact with Hunnigan until after the end credits.

When Leon entered Ramon Salazar's castle, he was unfortunately out of contact with her for several hours because Los Illuminados hijacked their communications line. He couldn't regain the line until the Island, which housed the hijacking equipment.

Hunnigan assisted Leon again during the Harvardville Outbreak, where she had the President send in the Marines upon confirmation that the t-virus was responsible of the outbreak. She also appeared in Resident Evil 6. 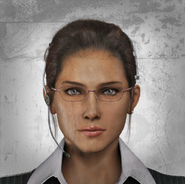 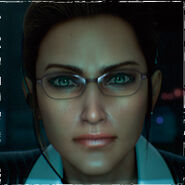